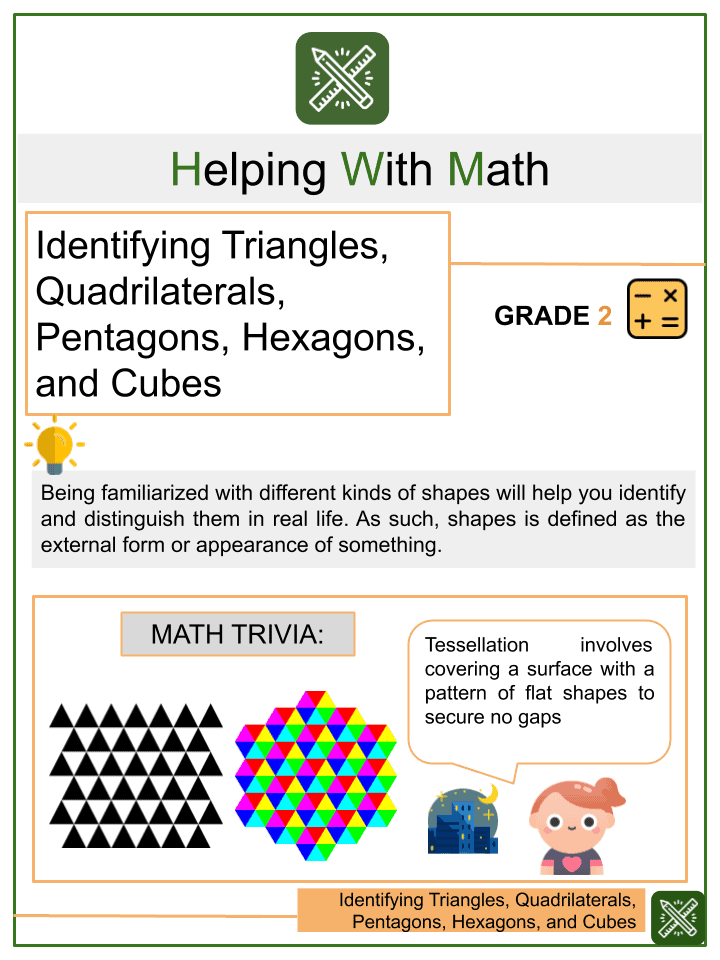 Pythagoras' Theorem allows the length of one side of a triangle to be calculated if the lengths of the other two sides are known. This is especially useful when finding the distance between two points of a coordinate system.

Pythagoras and his theorem

Pythagoras was a Greek mathematician and philosopher who lived over 2500 years ago. He is often credited with discovering the relationship between the length of the sides on a right-angled triangle although this relationship was used by others long before Pythagoras' time.

Work through guidance below on Pythagoras' Theorem (a.k.a. Pythagorean Theorem) with your children and then print out the worksheets listed toward the bottom of this page and have them try the questions.

The right-angled triangle below is shown along with the squares of the length of each of its three sides.

Make sure your children are familiar with the terminology and concept around squaring numbers (multiplying a number by itself). e.g. 4 squared, or 42 = 4 x 4 = 16. You will find more here on squares and square roots.

There are many different proofs of Pythagoras' Theorem. You will find a very good listing here. Note: You would usually only be expected to recall one of these proofs.

Two points to remember when checking your answers:

More problems with other sides unknown

Pythagoras' Theorem can be used to calculate the length of any side of a right-angled triangle if the other two lengths are known.

When the hypotenuse is one of the two known lengths, as in the two examples above, the shorter length is squared and then subtracted from the square of the hypotenuse.

You may have noticed that in some of the examples above, the lengths of each side were all whole numbers. These triangles are known as Pythagorean Triangles. The best known of these is the 3, 4, 5 triangle. There are other triangles that have all three sides with an exact whole number for their lengths. These include triangles with lengths of sides ( 5, 12, 13) , ( 7, 24, 25) , & ( 8, 15, 17).

Print out the Pythagoras' Theorem worksheets below and have your children try the questions.

There are examples here showing how Pythagoras' Theorem can be applied to find the distance between two points with given coordinates.