In this section, you can view and download all of our percentages worksheets. 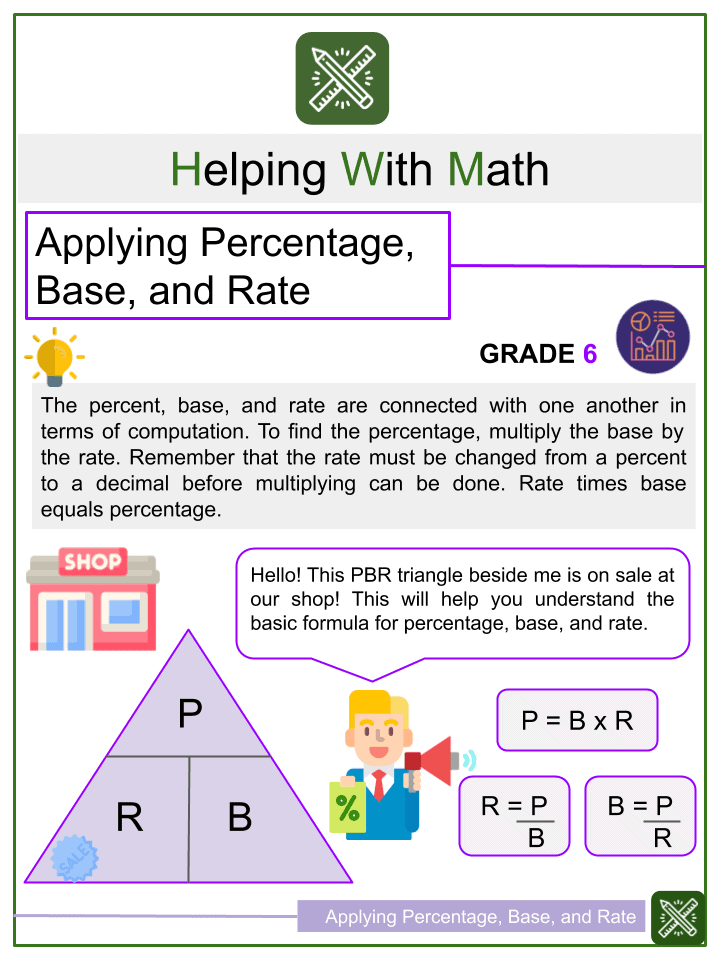 Importance of the Topic
Percentage is also one of the basic topics in Math which has many applications in real life. Learning percentage is also like learning fractions and decimals. It is a handy way to compare fractions, especially with different denominators, quickly. Understanding and applying percentage, learners can change a fraction to percent, percent to fraction, decimal to percent and percent to decimal, calculate a percent change, and calculate how much is 20% or 30% of a whole.

Application of the Learned Topic in Life
Percentage is used in many fields, commonly in business and finance, for computing expenditures, loss and profit. It is also used in schools and universities to give a mark to students in a specific subject. This can also be applied to getting discounts in stores, interest rates in banks, taxes, a commission in selling something, and elections. Another application of percentage is when you are dividing a pizza into equal parts, you can represent the slices you have eaten as a percent.