In this section, you can view and download all of our subtraction worksheets. 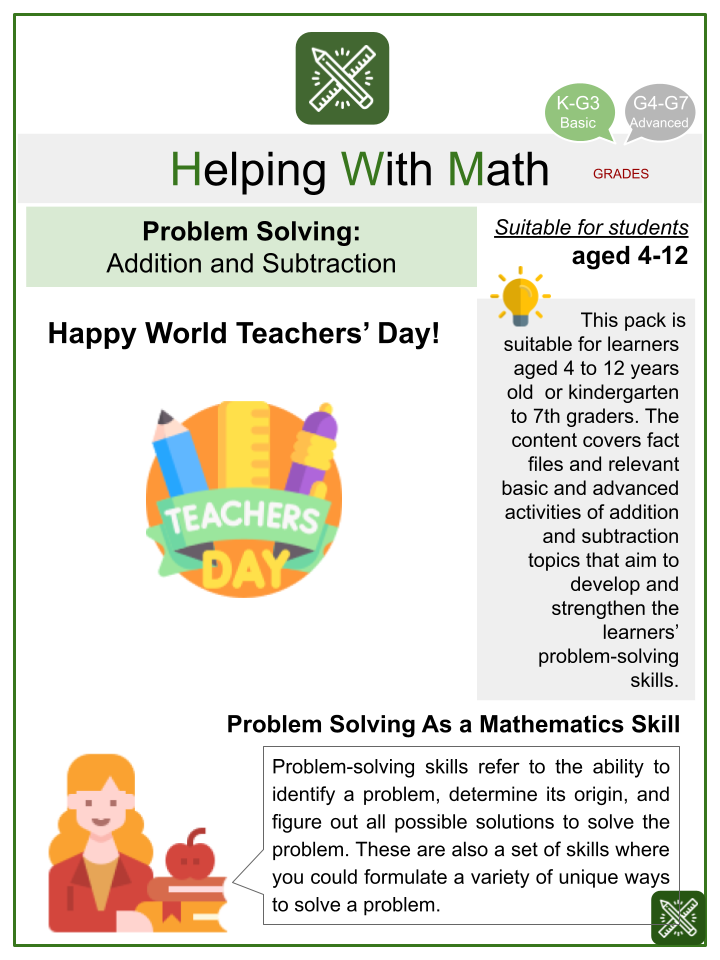 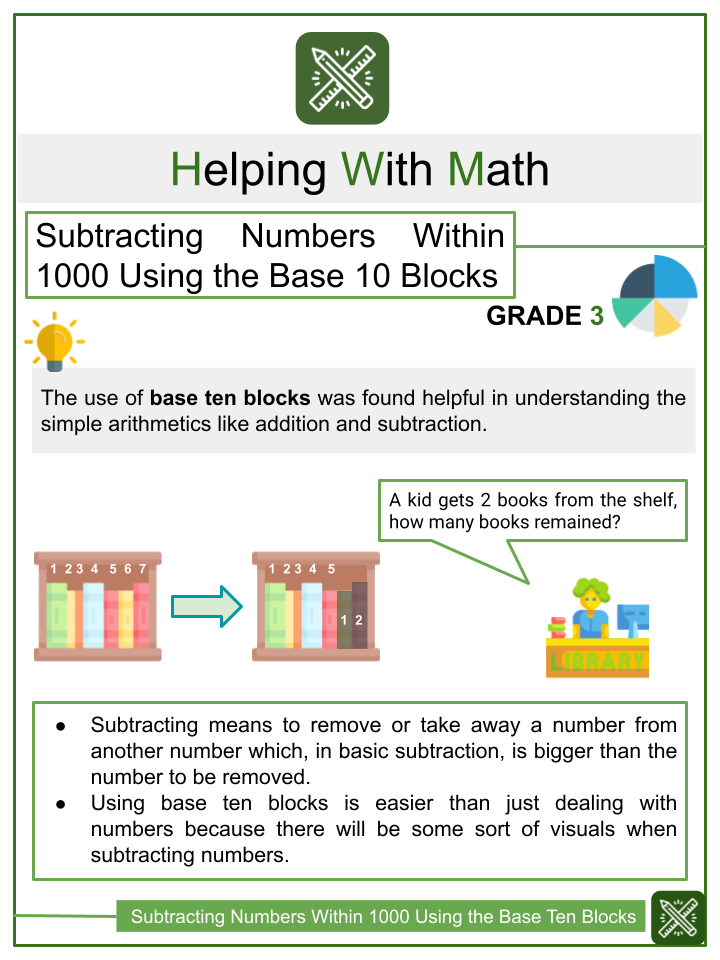 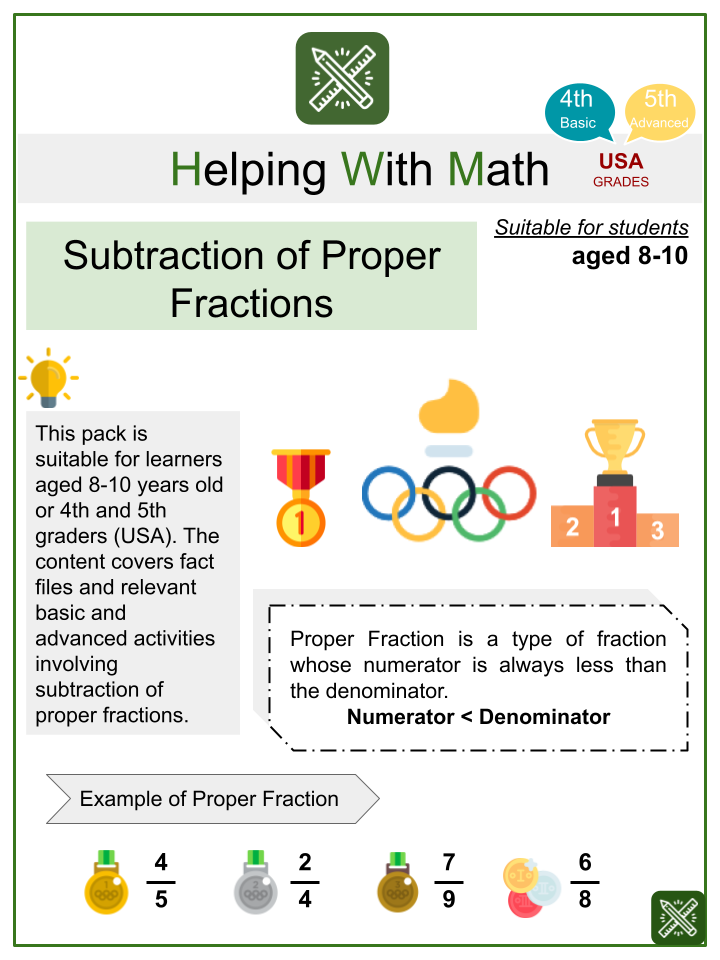 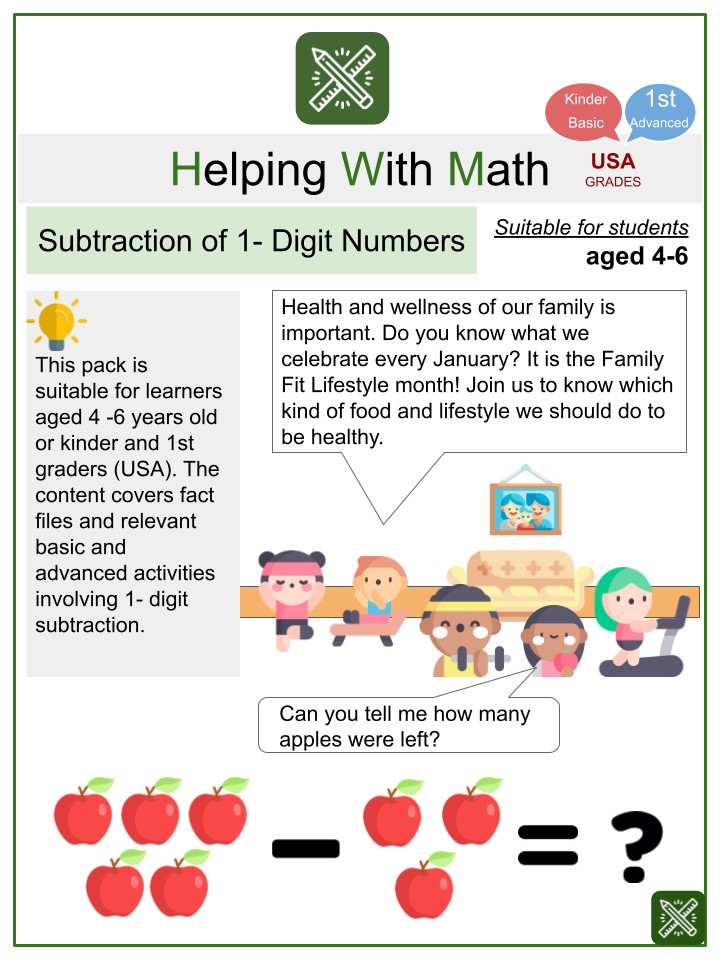 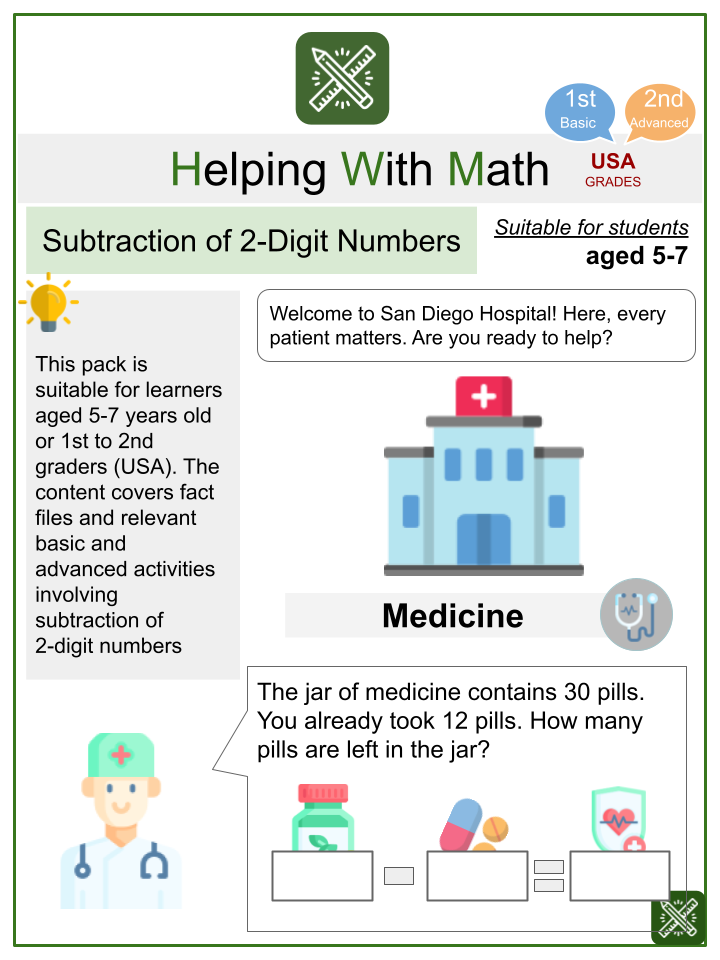 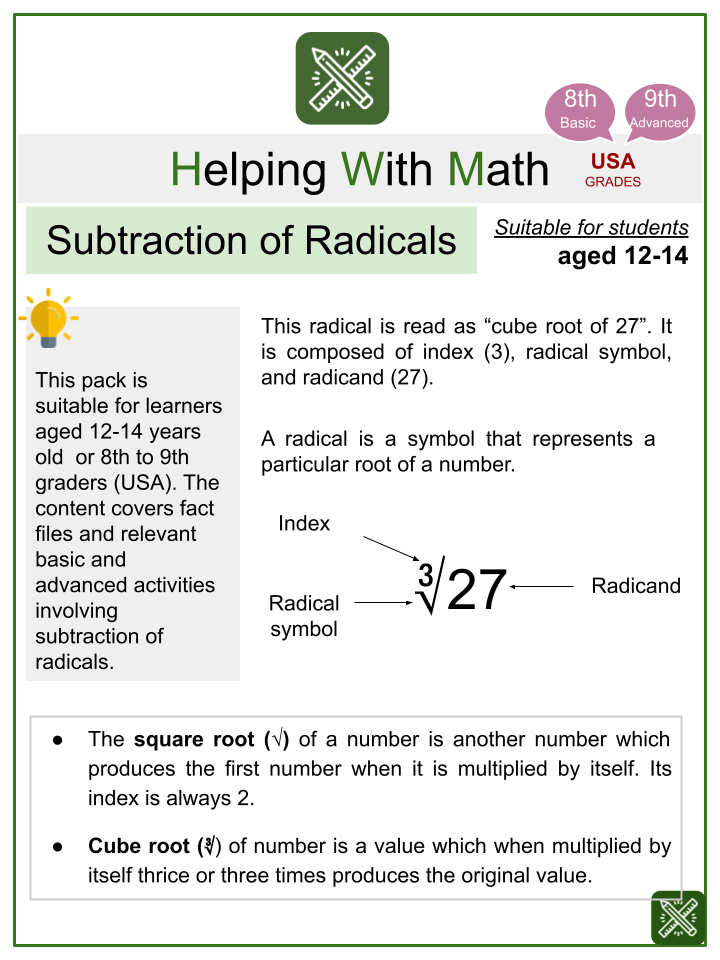 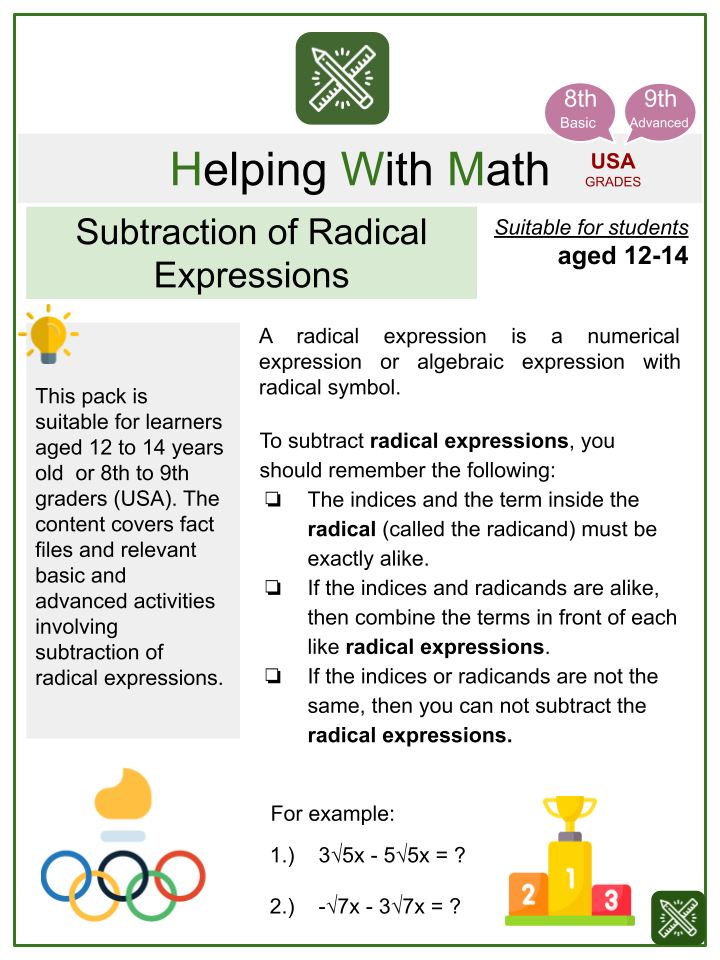 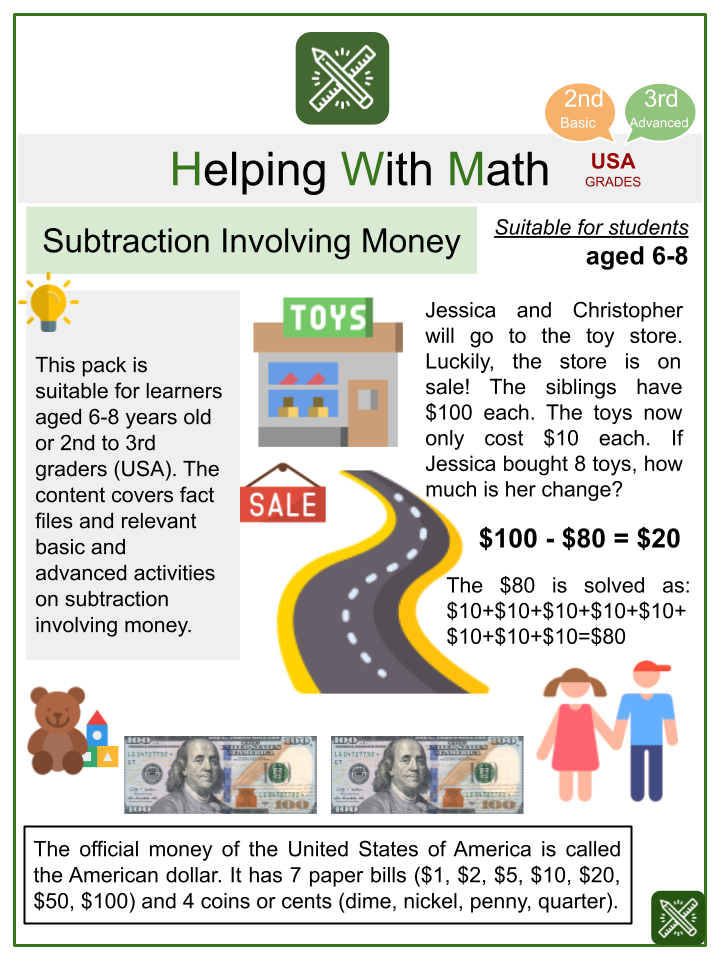 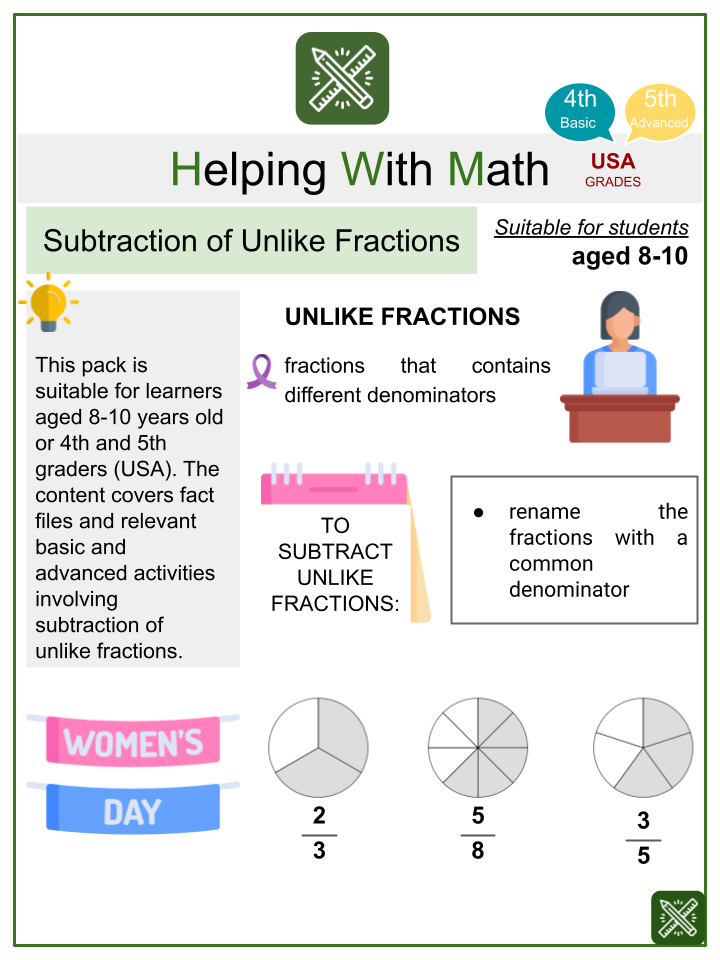 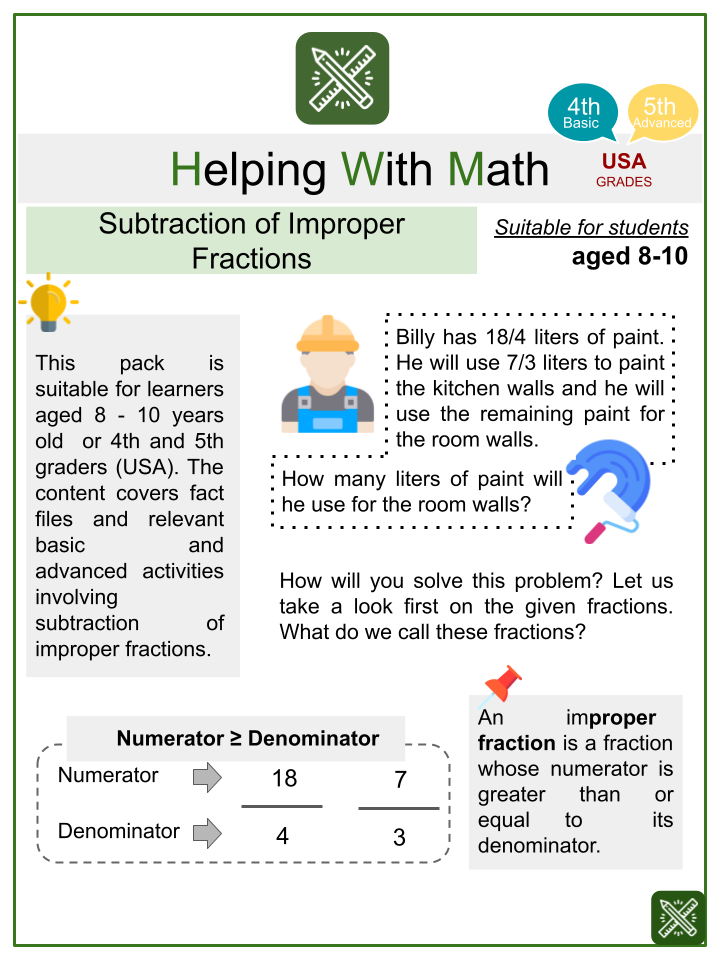 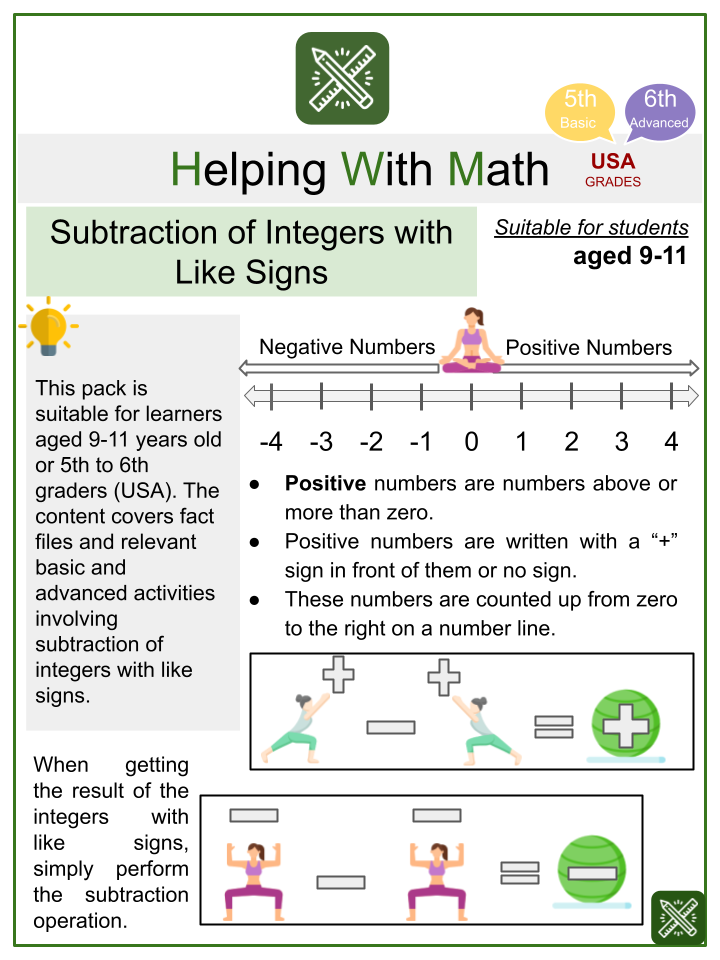 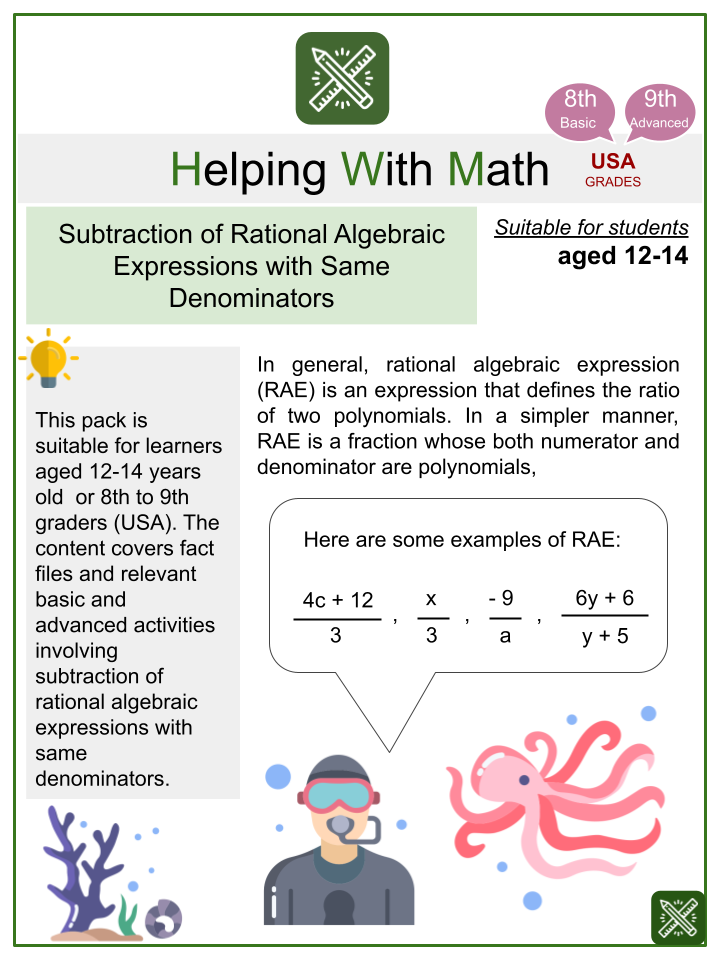 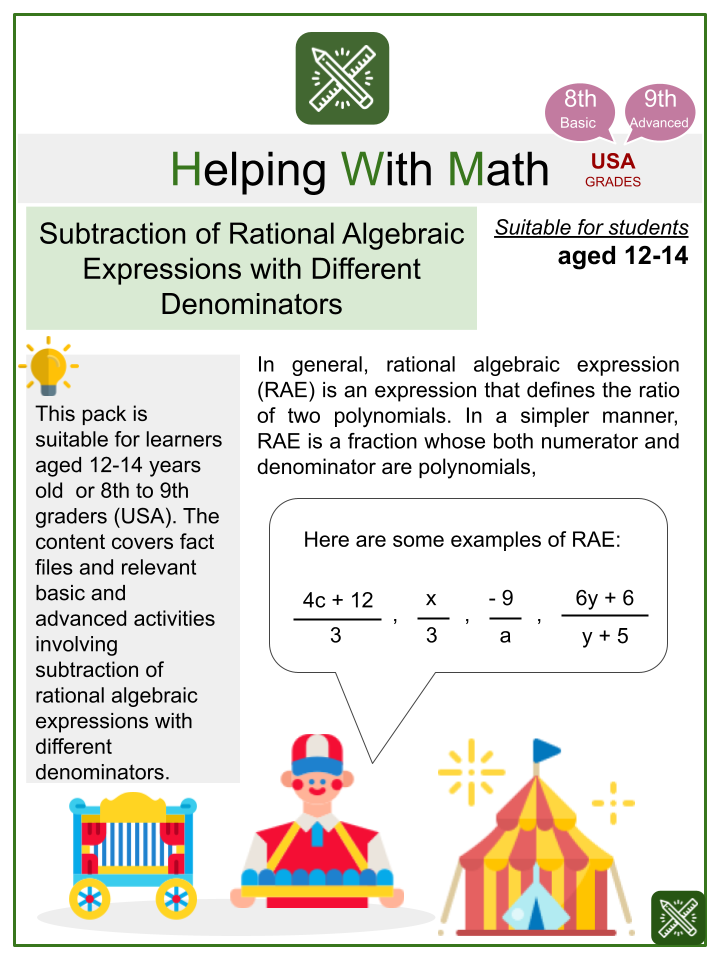 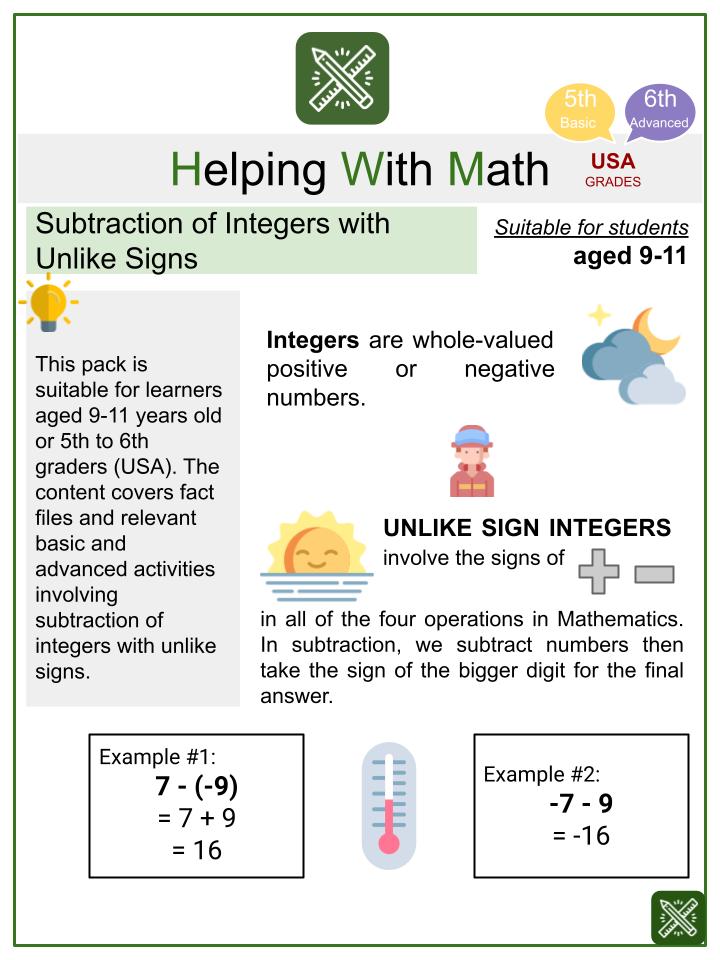 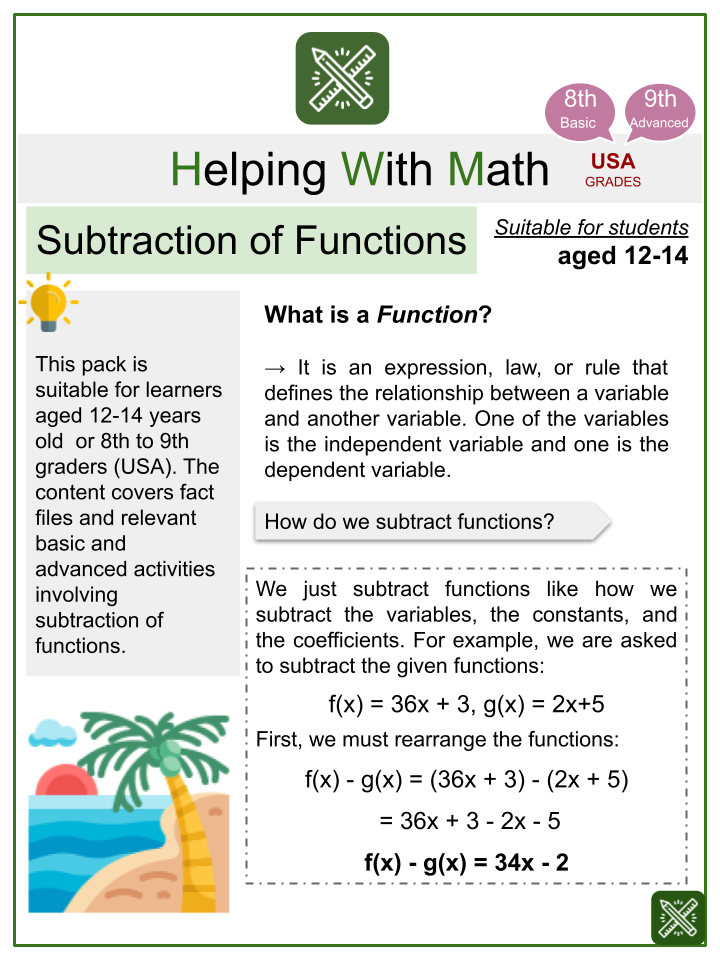 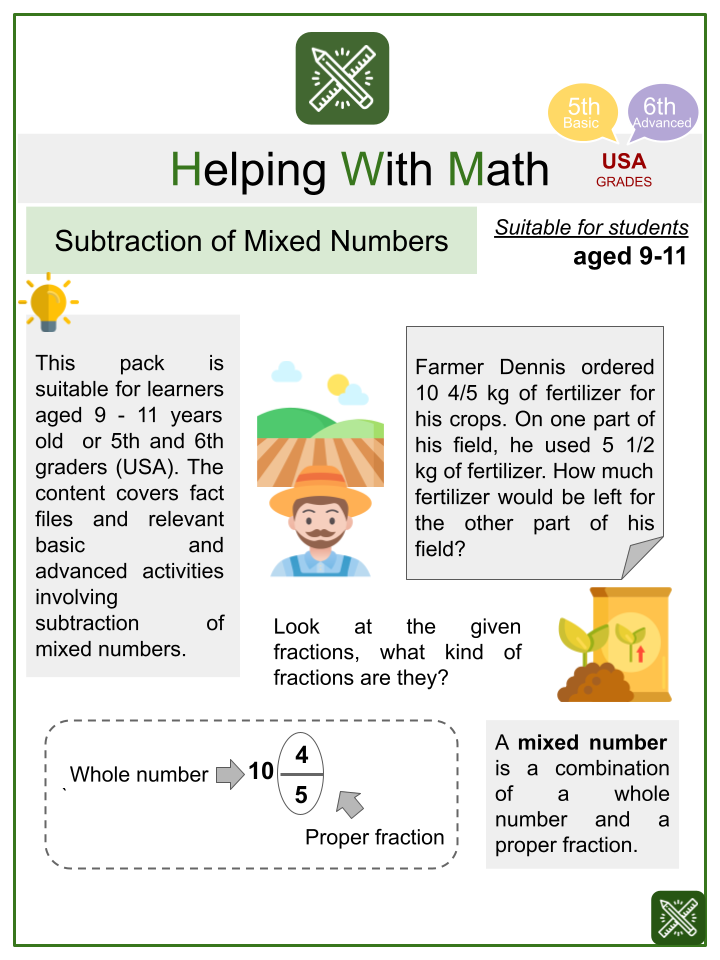 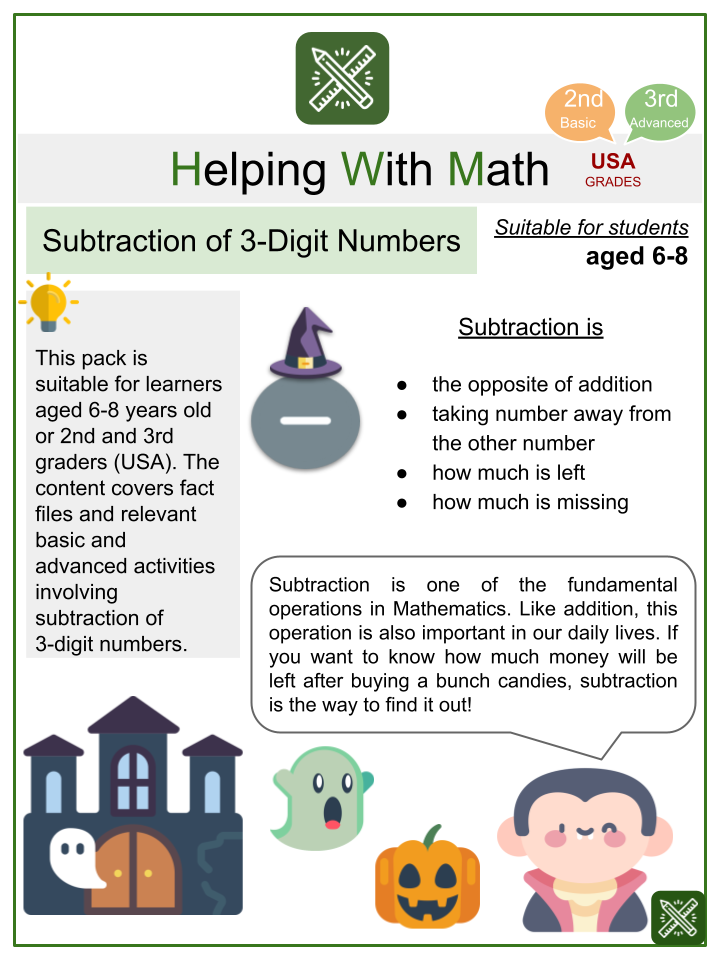 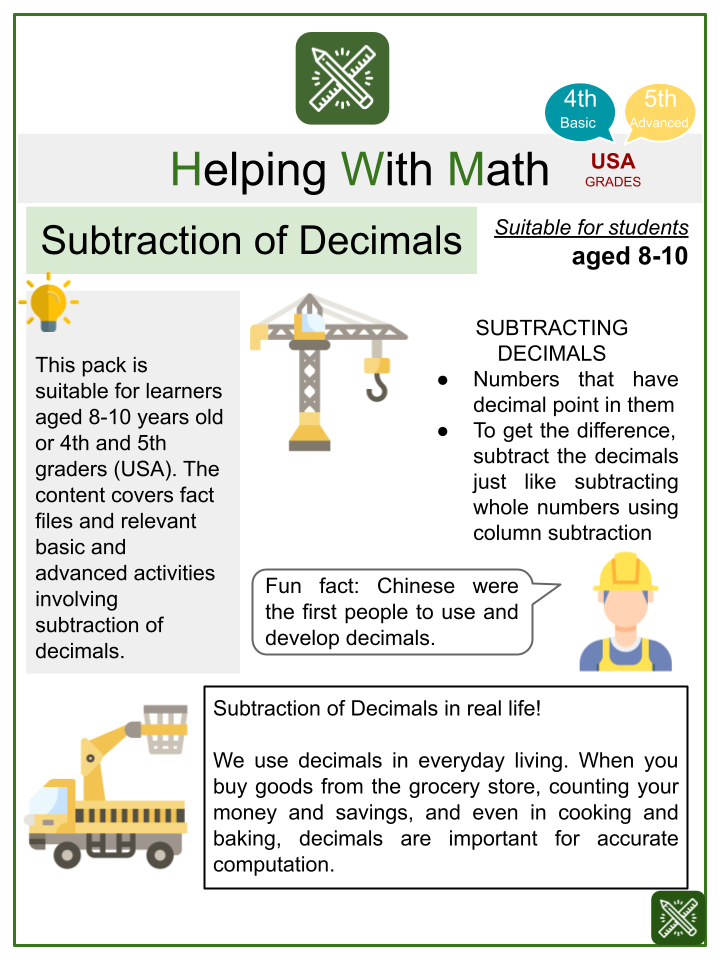 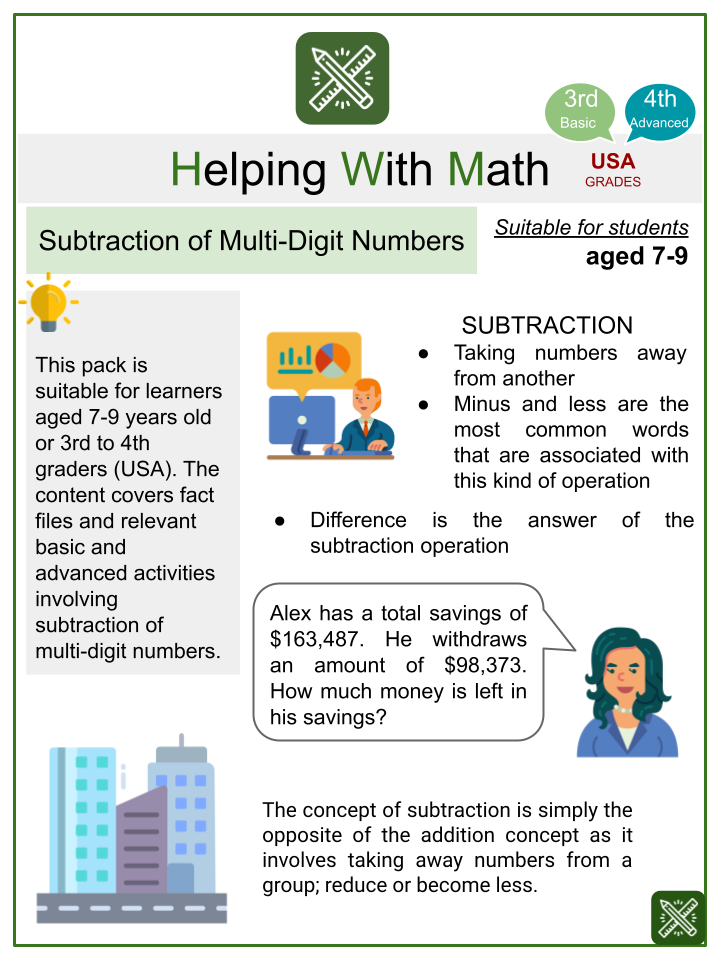 Brief definition
​​Subtraction is one of the four basic operations in Mathematics and is known as the opposite of Addition. It involves the process of taking one number, integer, or amount away from another. In other words, it is the operation of calculating the difference between two or more numbers or quantities, which is denoted by a minus sign. In this certain topic, learners are starting to distinguish the different parts of a subtraction sentence, such as the minuend, subtrahend, and difference. Additionally, they will encounter and learn the various methods of subtraction and writing a subtraction sentence. Above all, learners will be introduced to the world of word problems that can be seen in real life.

Importance of the Topic
Certainly, subtraction is one of the most basic mathematical skills one must be knowledgeable of. As basic as it seems, it is extensively being used and practised in different fields of Mathematics, such as getting the difference of fractions, decimals, units of measurement, area, and even completing the long division method. In addition, since it is the opposite of addition, a child may use the subtraction operation to compute and get the difference in the subtraction sentence. In general, subtraction helps the learners know the difference between two or more quantities or objects. It is a prominent underlying basis that absolutely applies to various problems and highly connects with other lessons.

Application of the Learned Topic in Life
Subtraction is beneficial in different real-life situations because it is often accompanied or with the presence of the addition operation. Subtraction helps solve the difference of money-related problems such as the change from your purchase in various stores, the amount of money left in your bank account or your wallet, etc. It can also be applied in the statistics of your city or country, from comparing the total number of populations to counting the discrepancy on how many babies were born.