In this section, you can view and download all of our factors and multiples worksheets. These include common-core aligned, themed and age-specific worksheets. Perfect to use in the classroom or homeschooling environment. 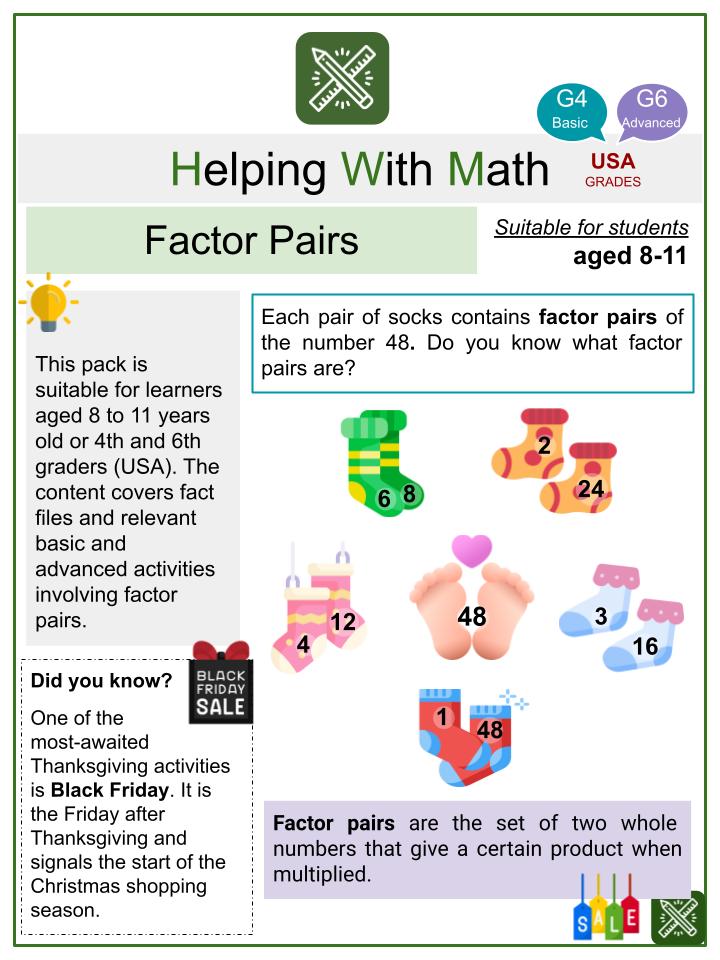 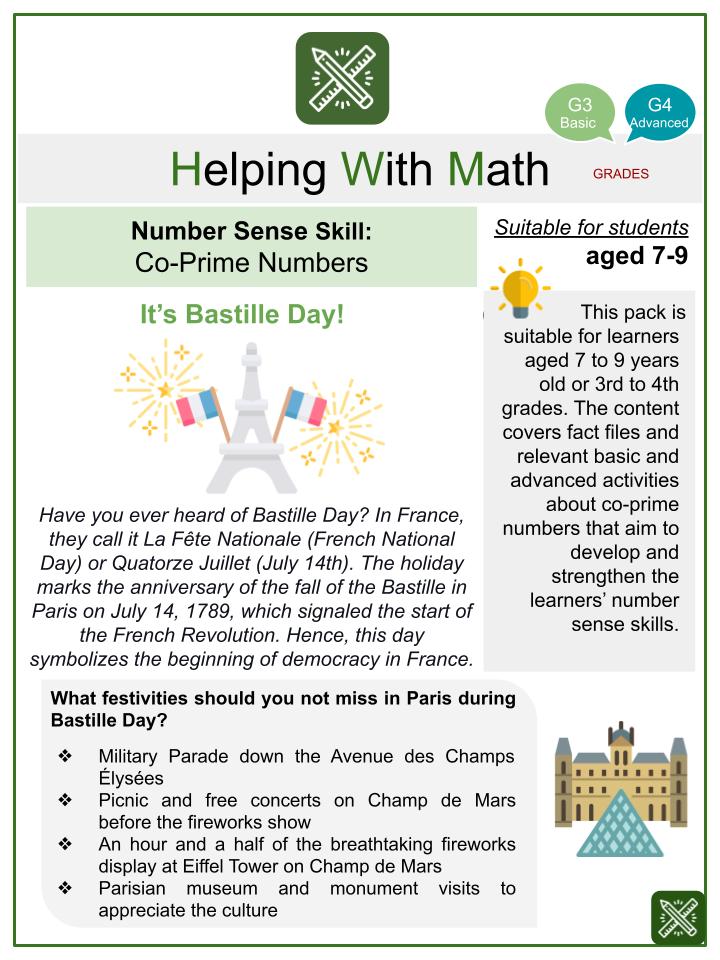 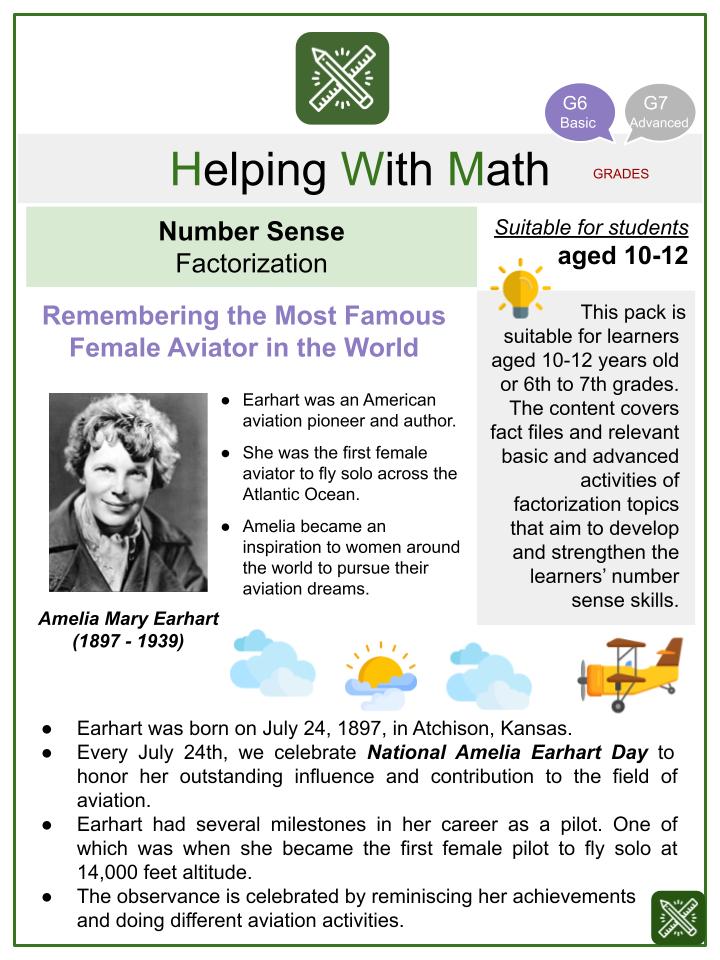 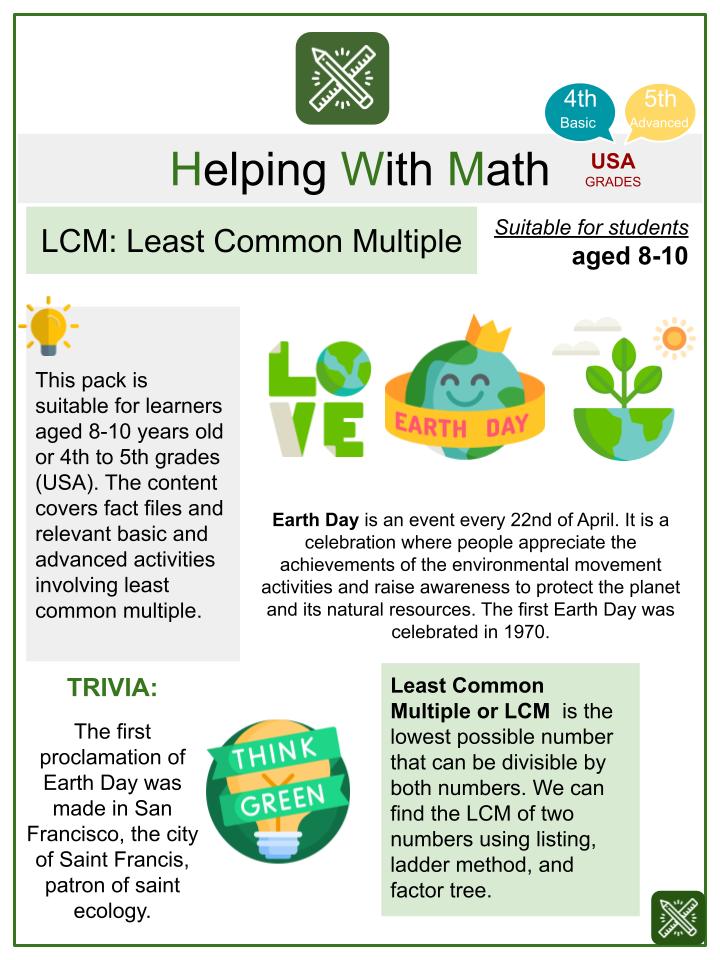 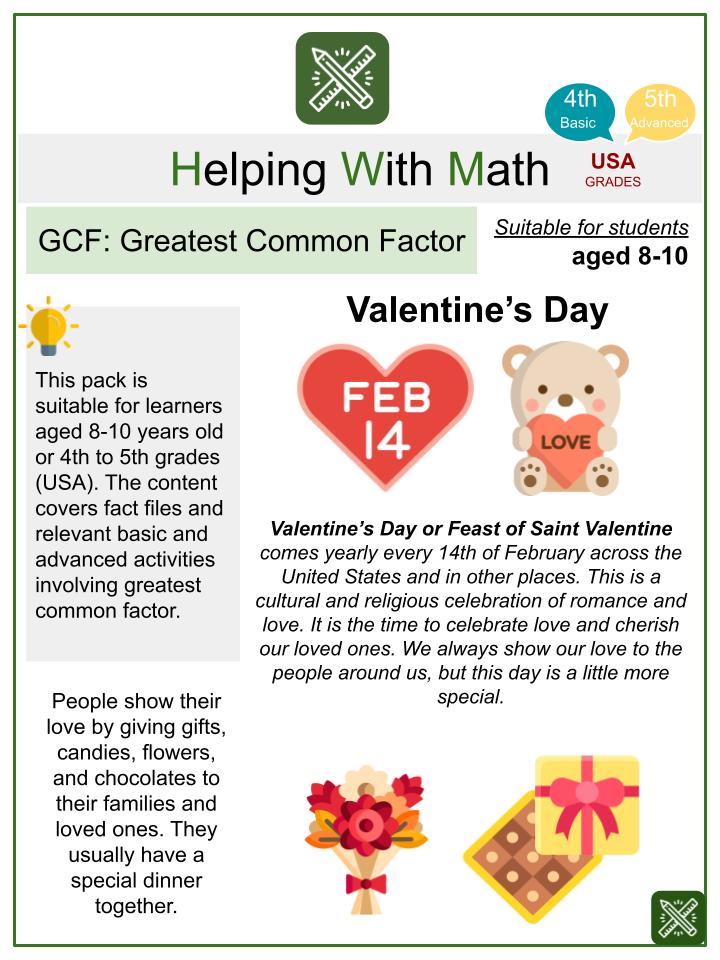 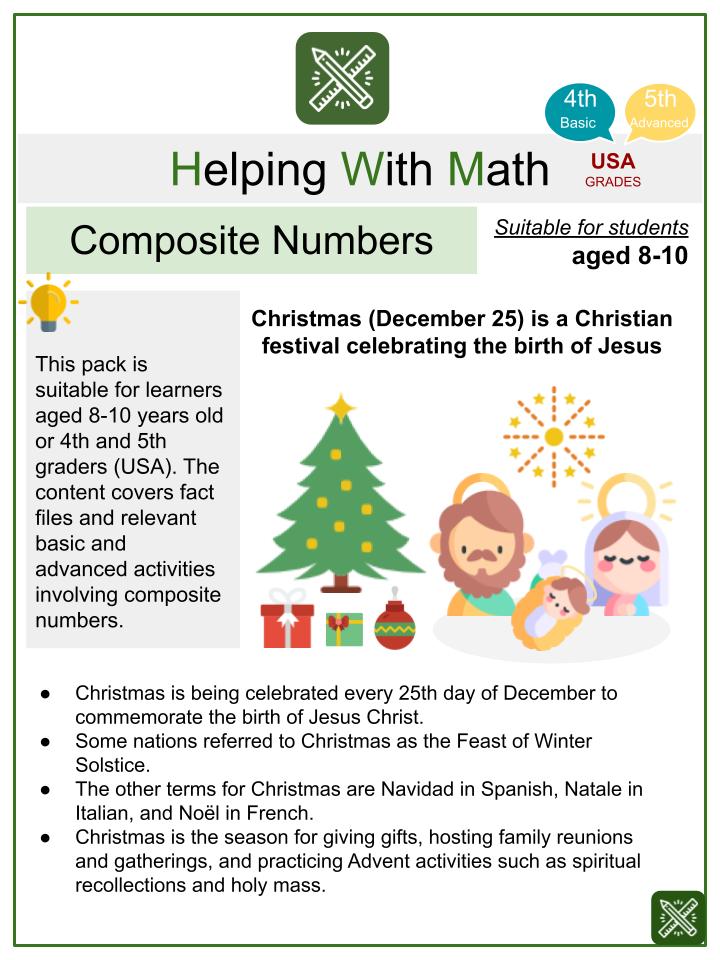 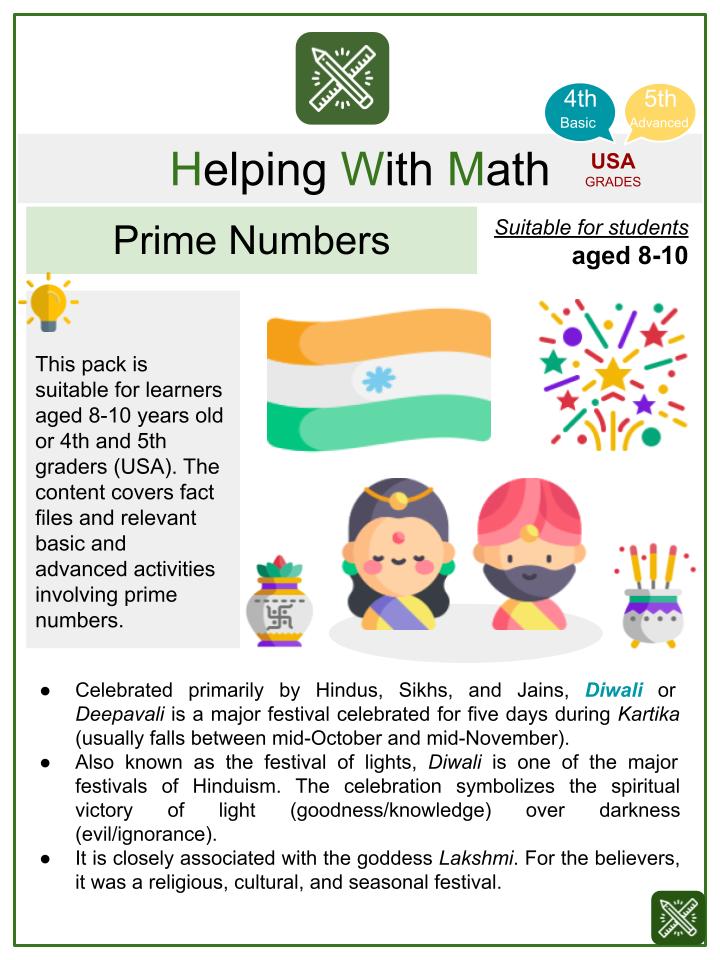 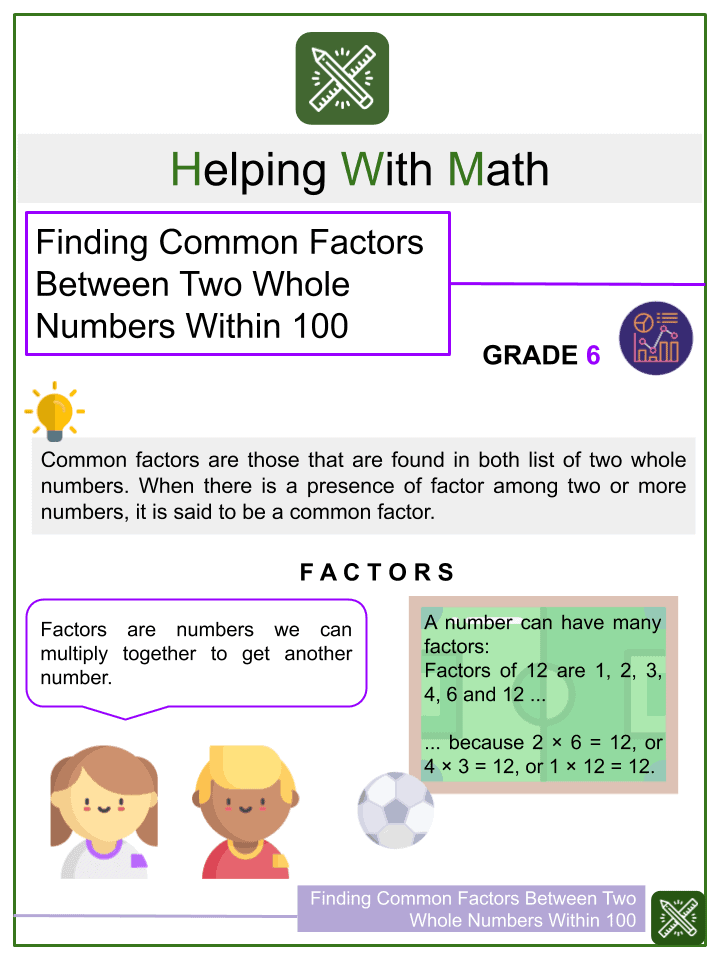 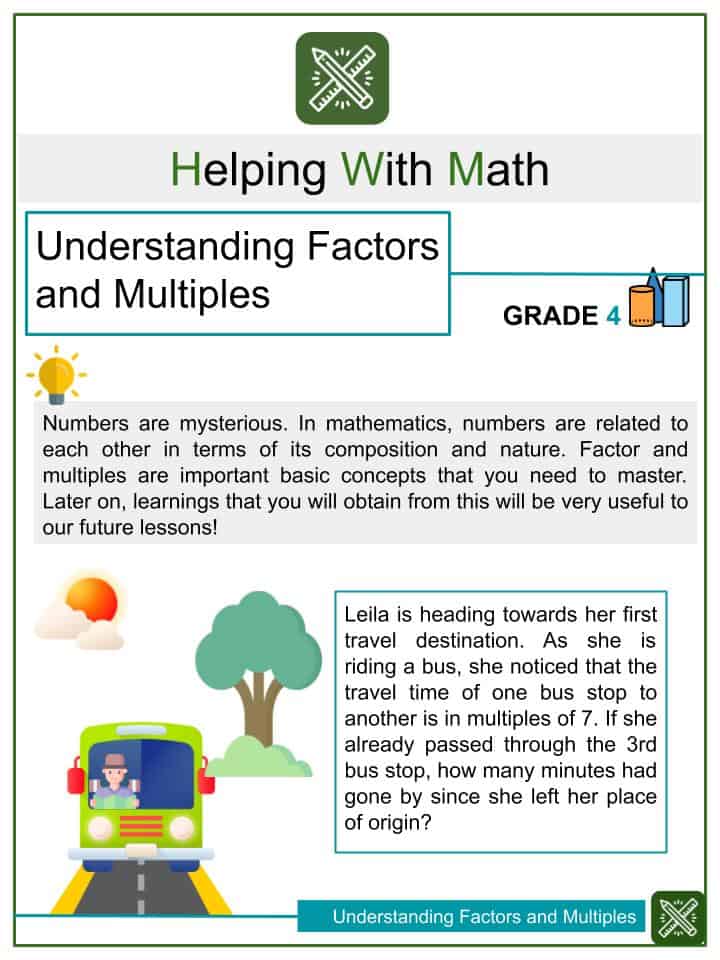 Brief definition
Factors are numbers that can be multiplied together to get a new number, while multiples are the results of multiplying a number by an integer. Learners usually begin exploring these topics in 4th grade, wherein more advanced lessons about fractions are introduced. They use the factor tree, listing method, and other strategies to grasp the underlying concepts of factors and multiples. These topics are reinforced and mastered as learners move on to higher levels. Learners begin to understand the Greatest Common Factor (GCF) and the Least Common Multiple (LCM) that they will surely need in operations involving fractions.

Importance of the Topic
Learning about factors and multiples is an important scaffold in learning operations involving fractions — most especially in adding and subtracting, unlike fractions, as well as in simplifying fractions. In addition, understanding factors and multiples creates an opportunity for the learners to see the relationship of numbers and to enhance their multiplication and division skills. For example, as they compose numbers that will equate to 36, learners can think of the following number combinations: 1 x 36, 2 x 18, 3 x 12, and 9 x 4 as factors. If they need to list down the first five multiples of 3, then they can have 3, 6, 9, 12, and 15.

Application of the Learned Topic in Life
Most of the questions that involve factors and multiples are number-mystery problems. Even though it is not seen directly in everyday living, answering number-mystery problems stimulates brain activity. It helps the brain to be more active and busy in which later on sharpens ones’ ability to think logically and critically. Not to mention that it improves the problem-solving ability of an individual.

These topics can also be helpful in solving problems related to the combination of objects that are happening simultaneously to create a meaningful set. For example, if there are 12 water bottles and 16 cans of food for the distribution of food packs, what is the greatest number of food packs that can be made if they have to be distributed equally with no remainder left?