In this section, you can view and download all of our fractions worksheets. These include common-core aligned, themed and age-specific worksheets. Perfect to use in the classroom or homeschooling environment. 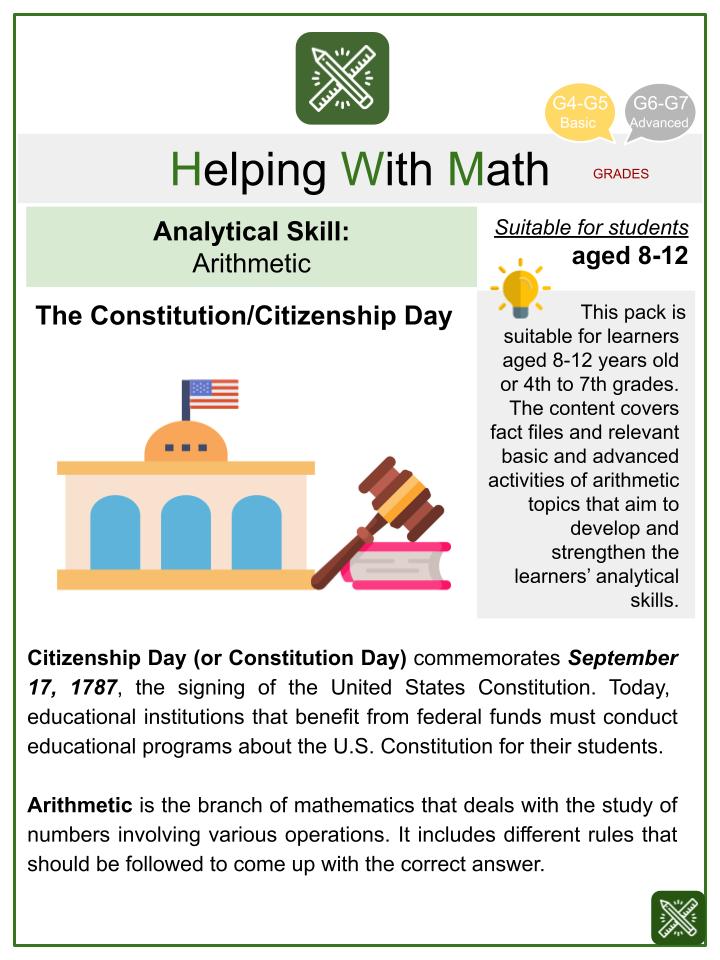 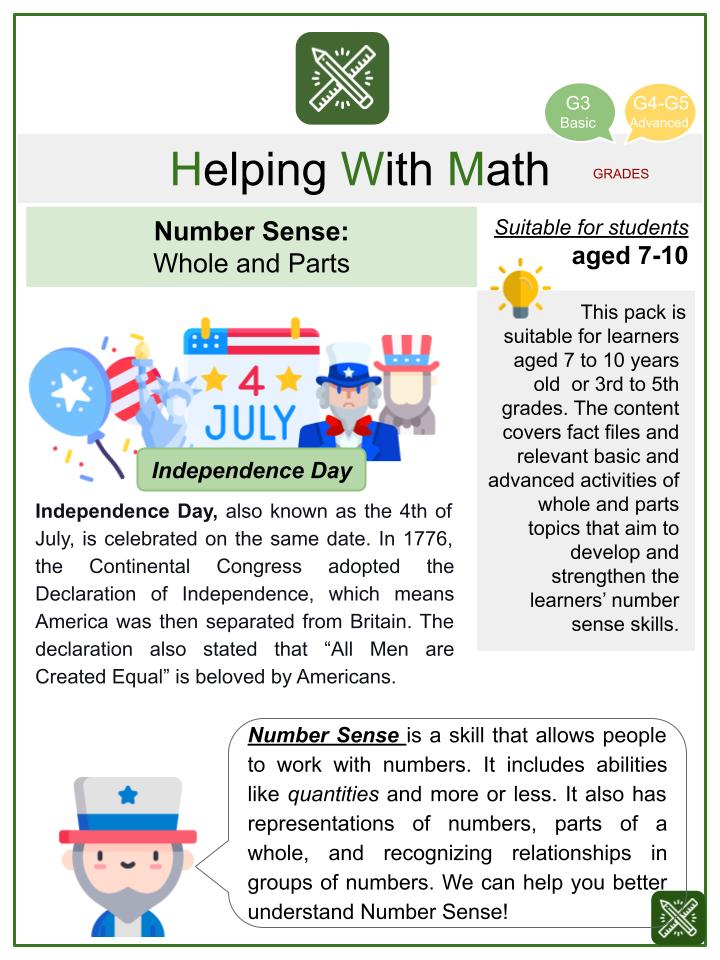 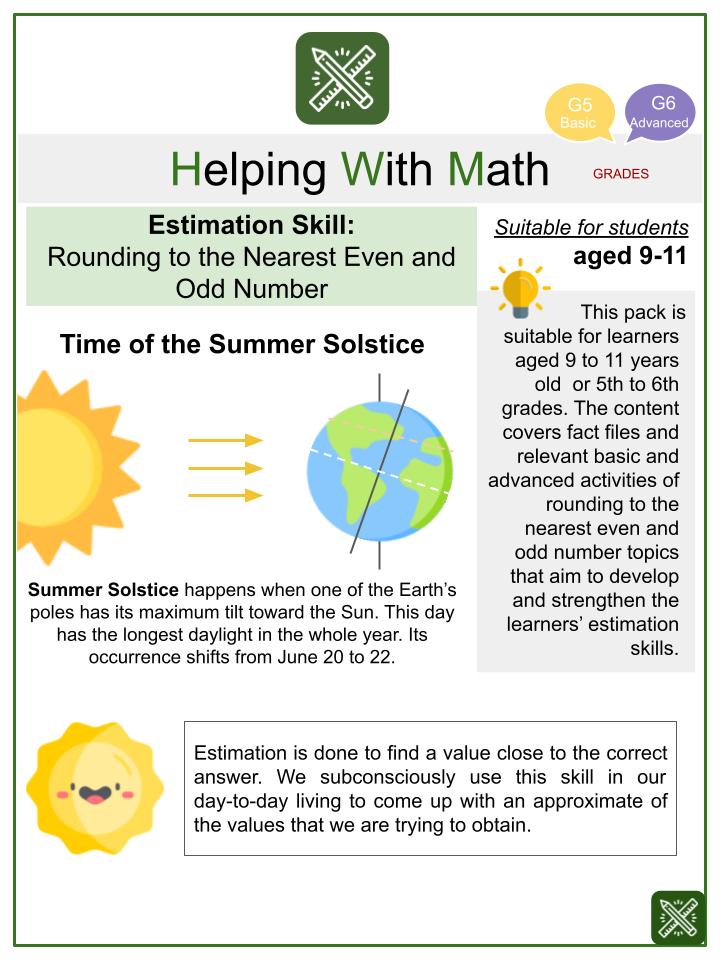 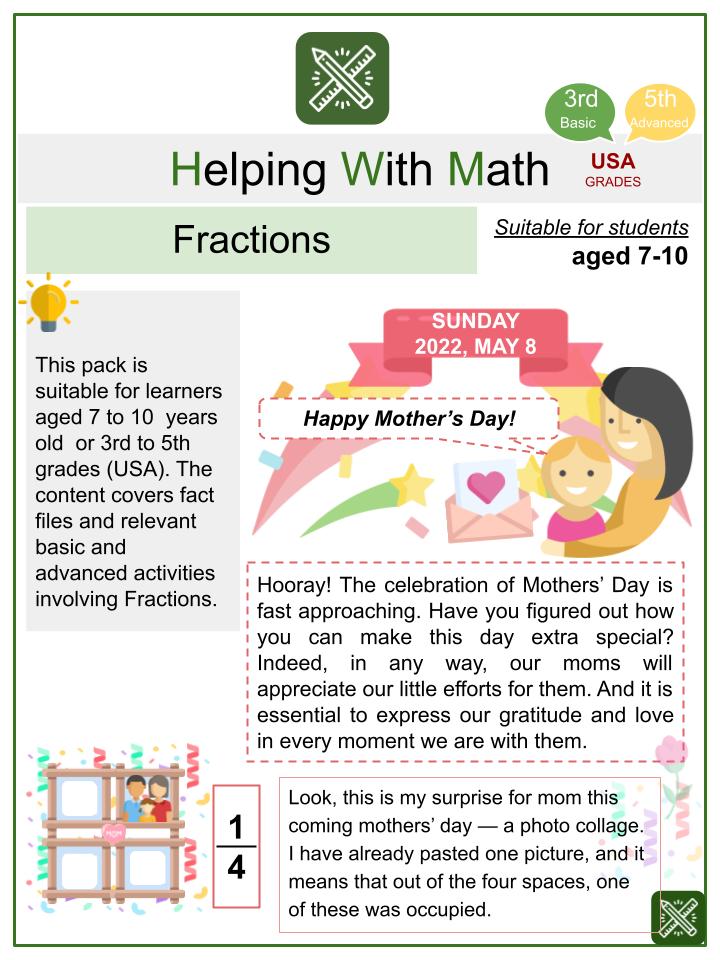 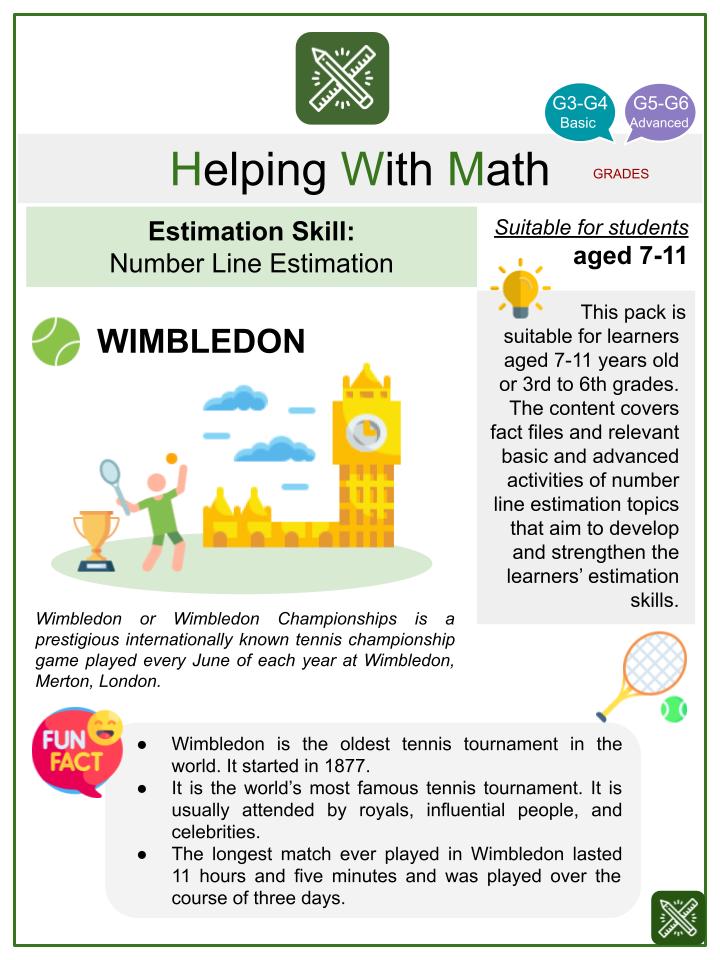 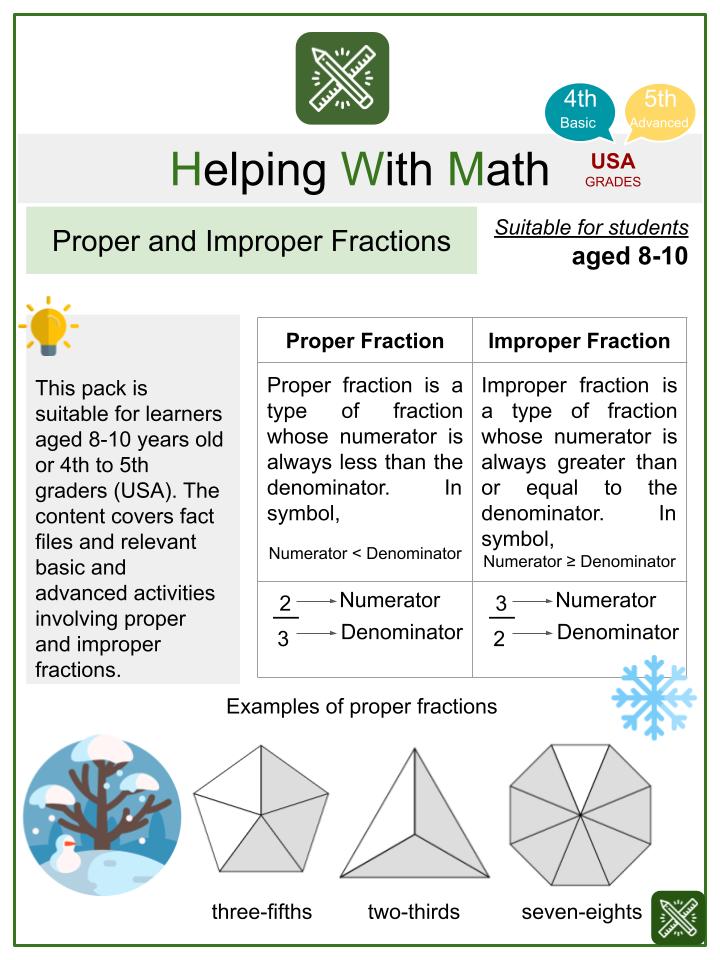 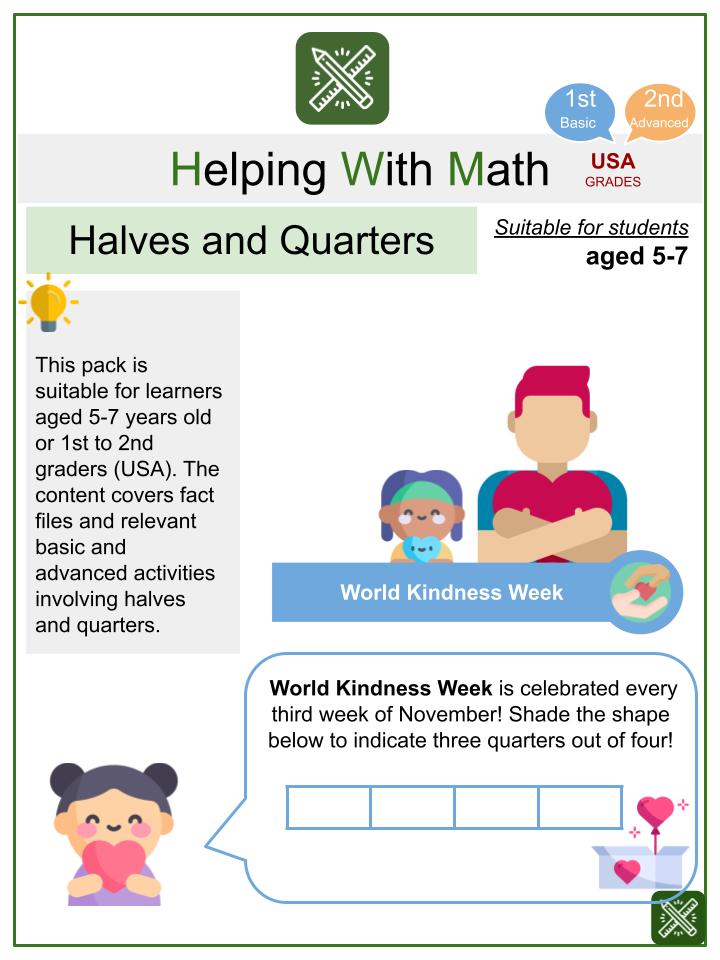 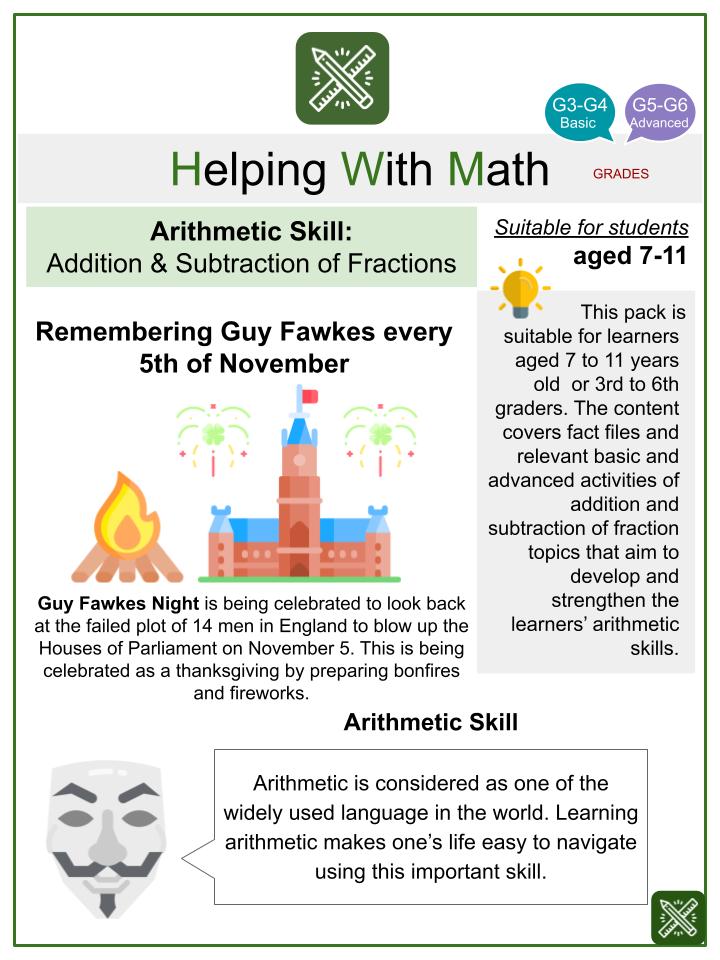 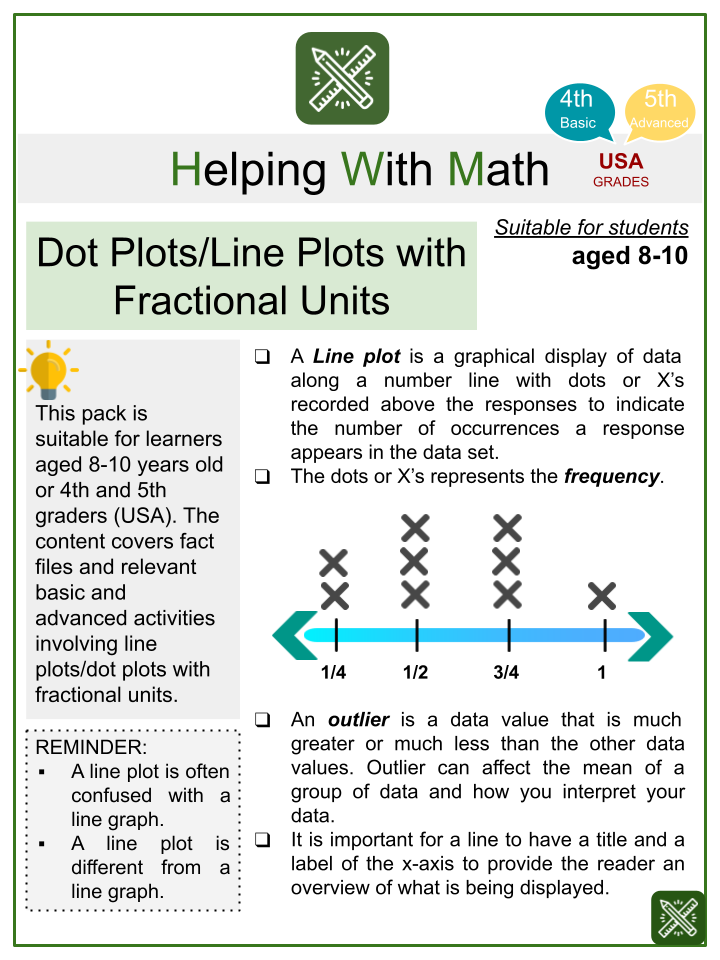 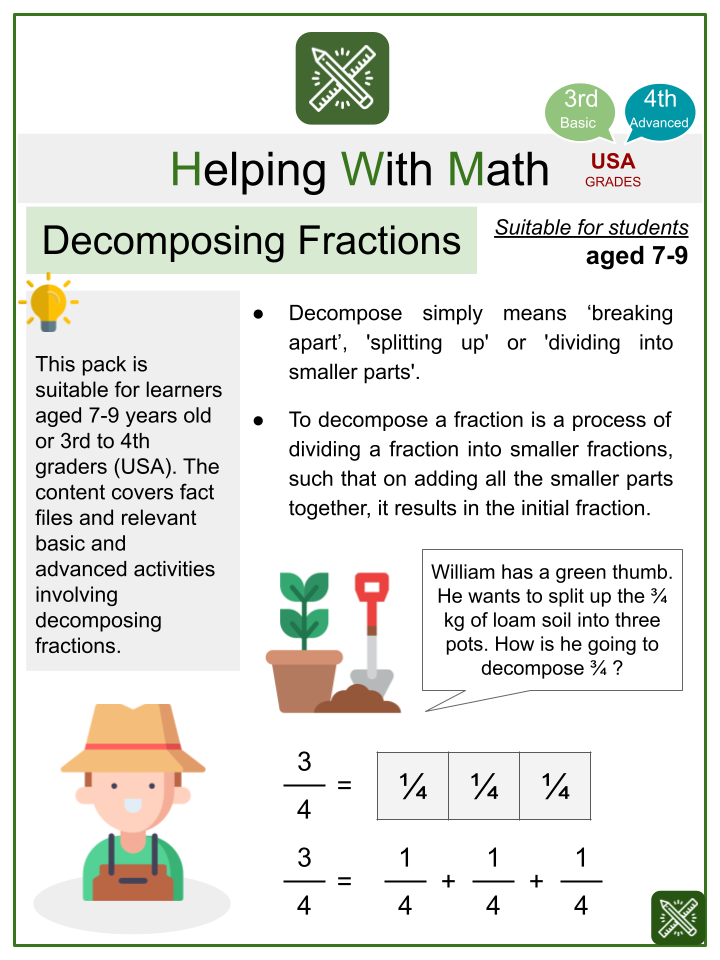 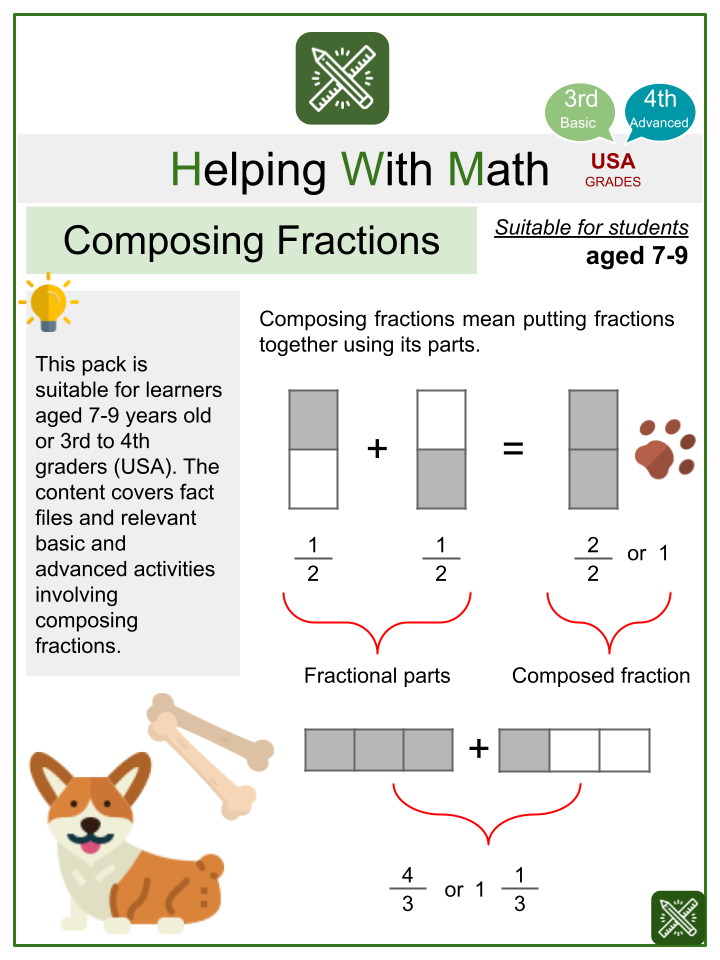 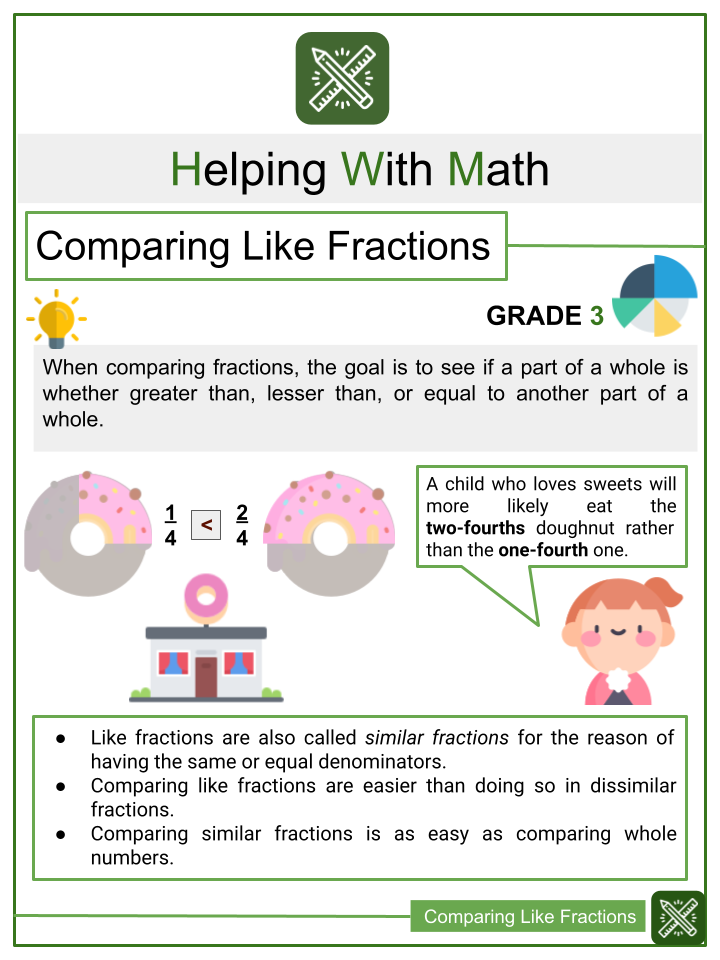 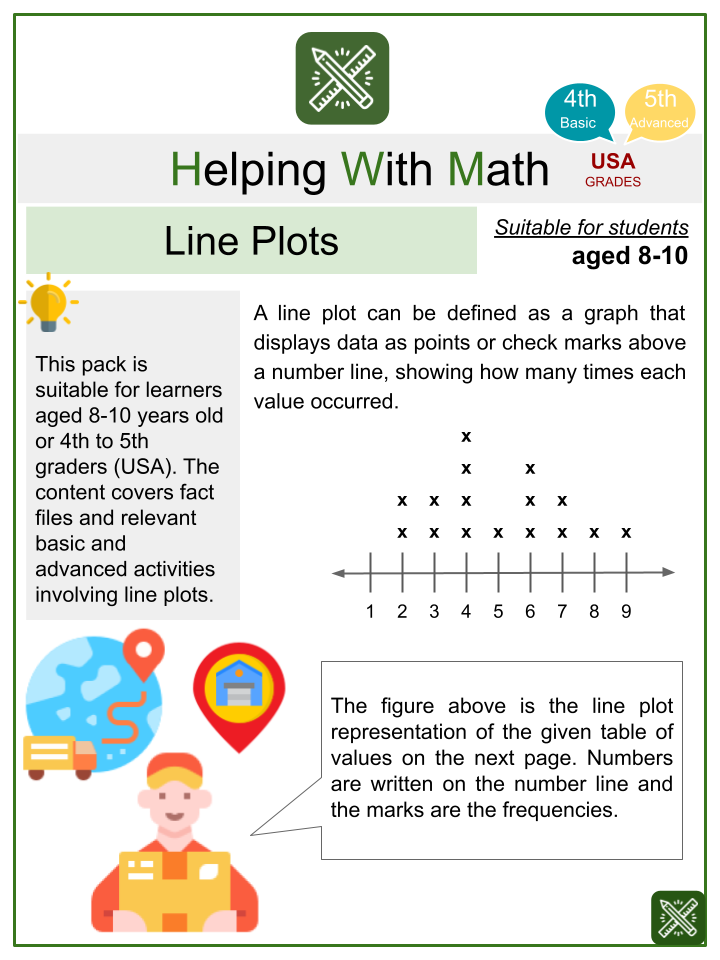 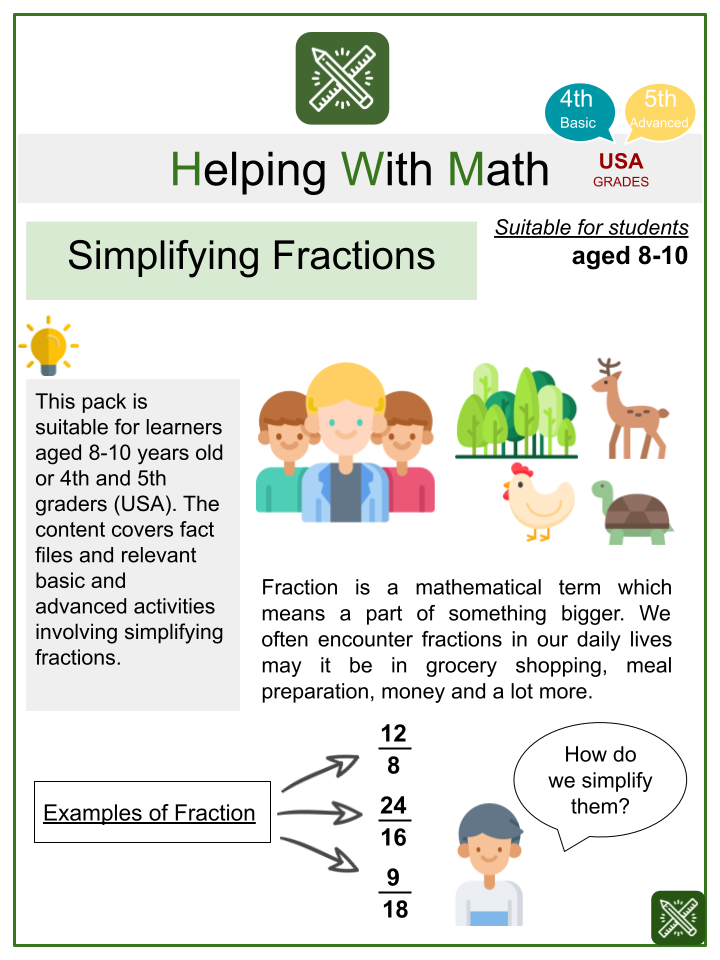 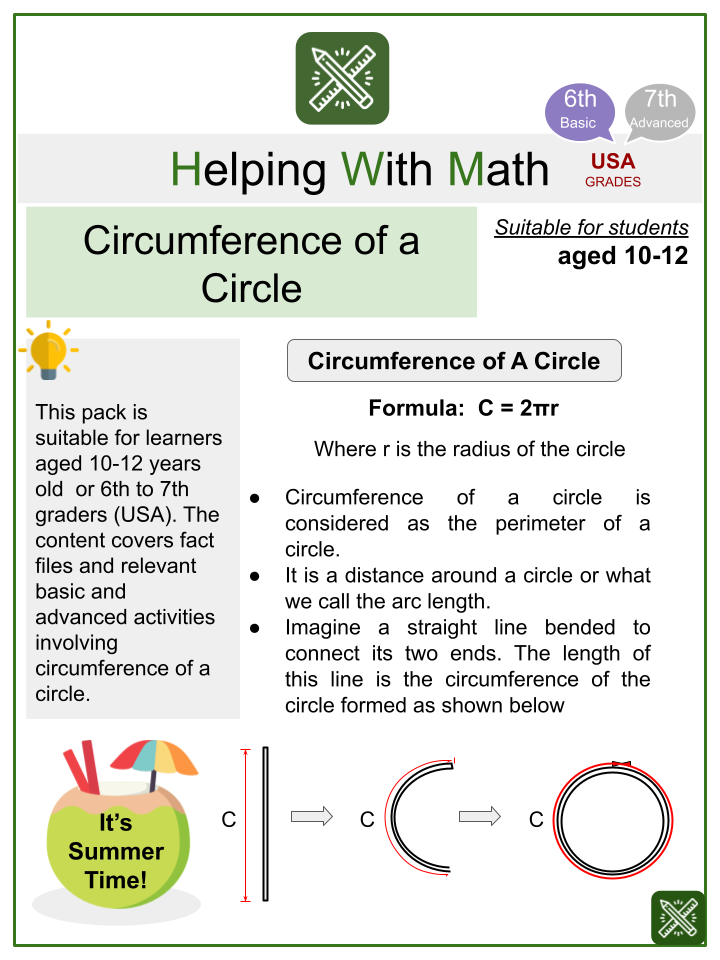 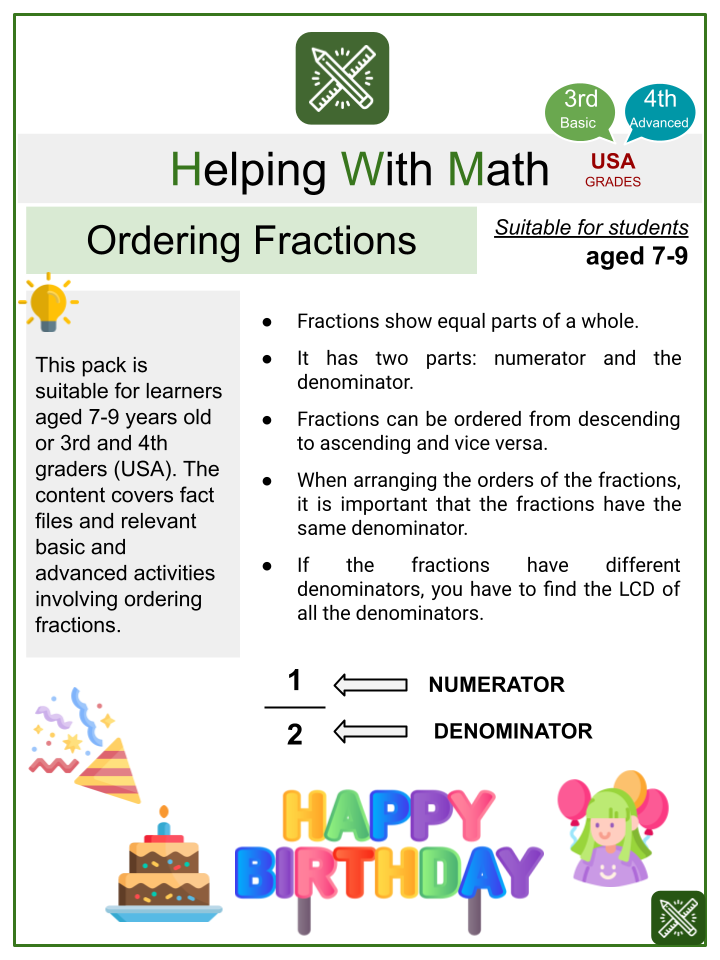 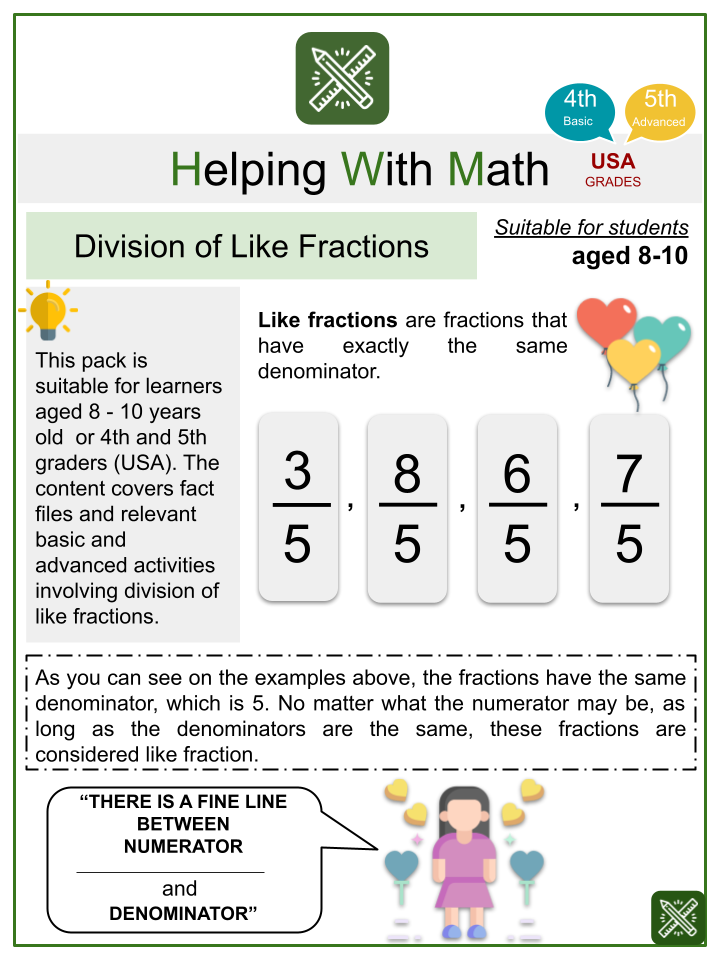 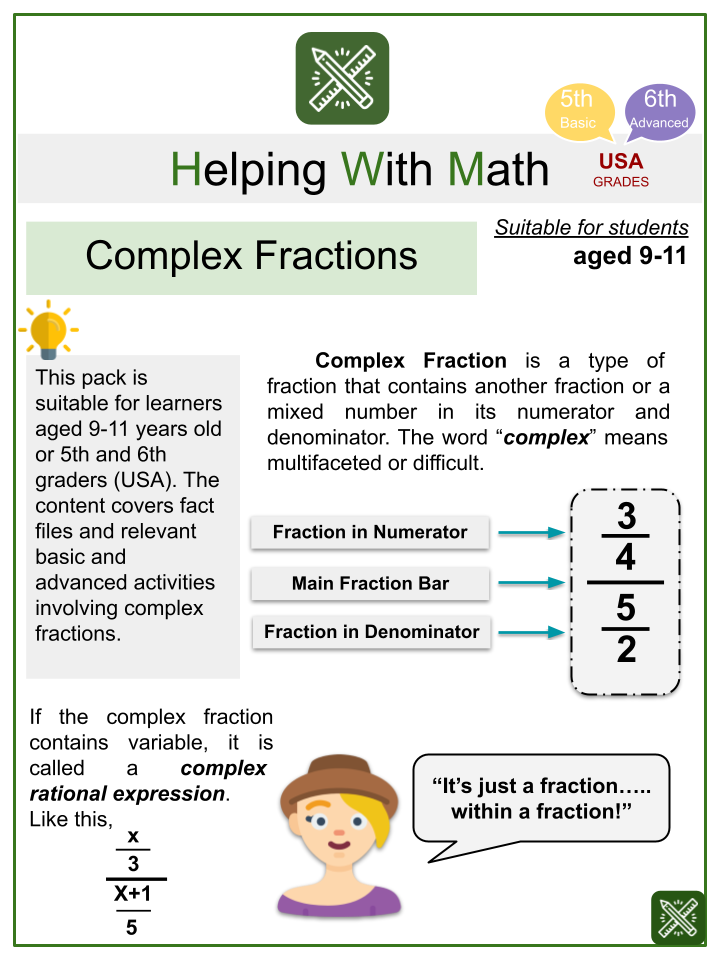 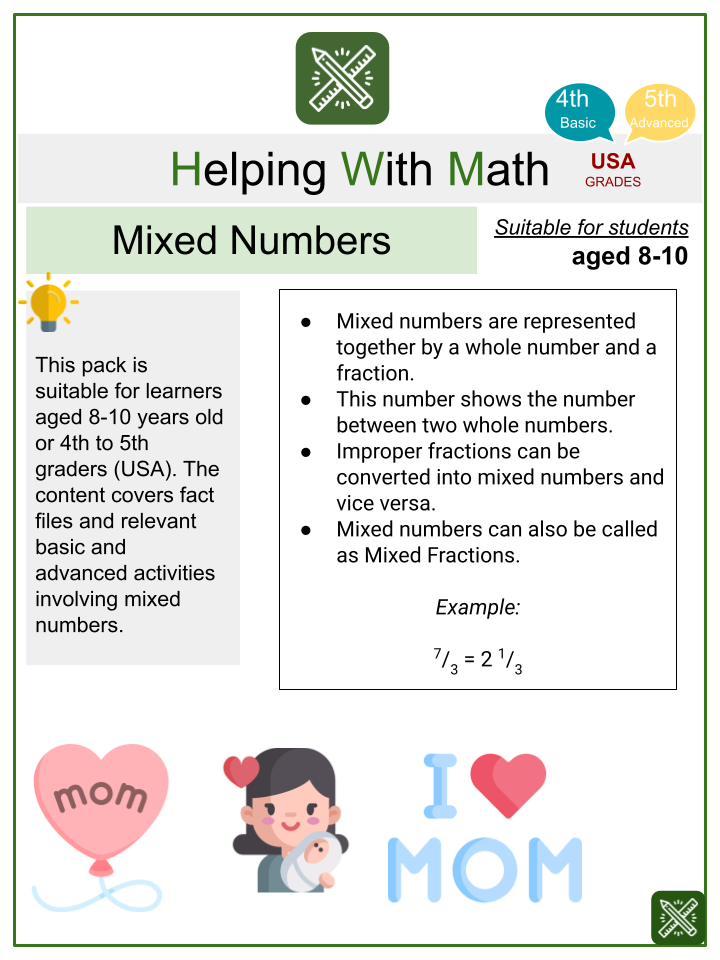 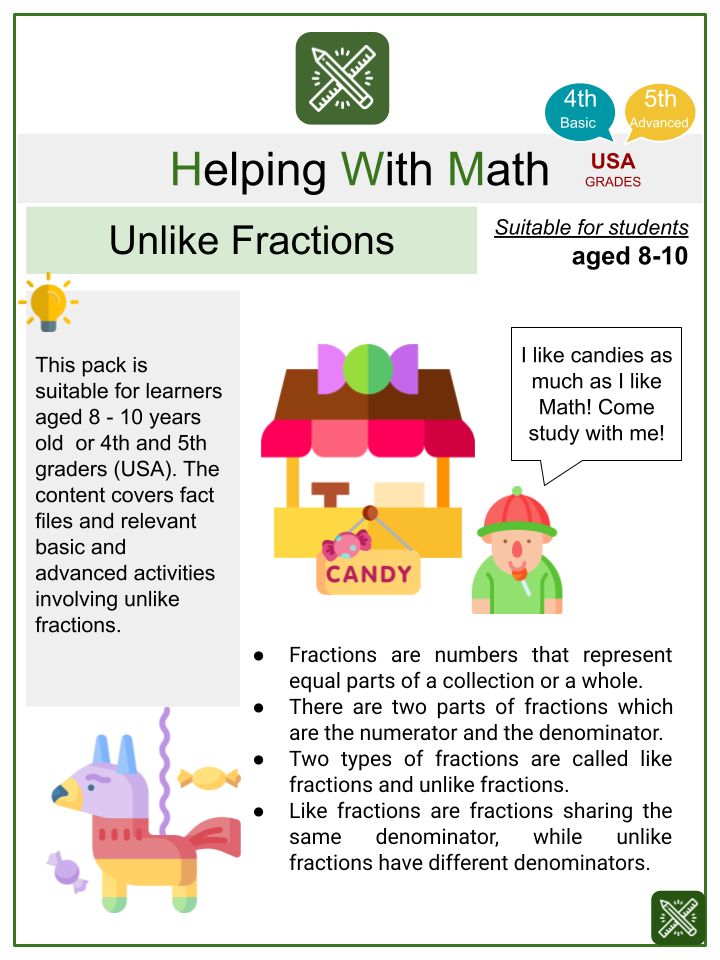 Learning fractions start at the kindergarten level. Even though it is not emphasized that they are learning about fractions, kindergarten learners work on identifying and illustrating halves and quarters. As they step up on the succeeding levels, concepts and procedures that involve fractions become complex. At 3rd grade, learners start to add and subtract like fractions; at 4th to 7th grades, they are unlocking more operations involving unlike fractions, proper and improper fractions, mixed numbers, and complex fractions.

Importance of the Topic
Understanding fractions is as important as learning the basic operations in Mathematics. Fraction is one of the basic foundations in learning Mathematics and one of the fundamental concepts in computation and is considered a major topic. Mastering fractions in early grades is critical as it serves as a building block in learning other topics. Without learning fractions, learners will not be able to completely understand the topics such as decimals, algebra, ratio, proportion, and percentage. Learning fractions is linked to learning more complex mathematical concepts and helps learners to recognize numbers or fractions which are higher than the other numbers, compare and order numbers and fractions in a number line.

Application of the Learned Topic in Life
Fractions have countless applications in real life and can be used in many various ways. It is very evident in telling what time it is because each minute is a fraction of an hour in cooking and baking, where measurements and estimations are involved. When someone divides a pizza, cake, or something equally is a simple application of fractions that will help learners to understand the concept easily. Fractions are also applied in computing discounts, commissions, interests, paying bills, and the like. In sports, fractions are used to analyze the performance of a team or a player. In examinations, teachers mark the paper in fraction form; if a learner got 12 out of 15, it could be represented as 12/15. Applying the concepts of fractions in real life helps learners to grasp the topic easily.