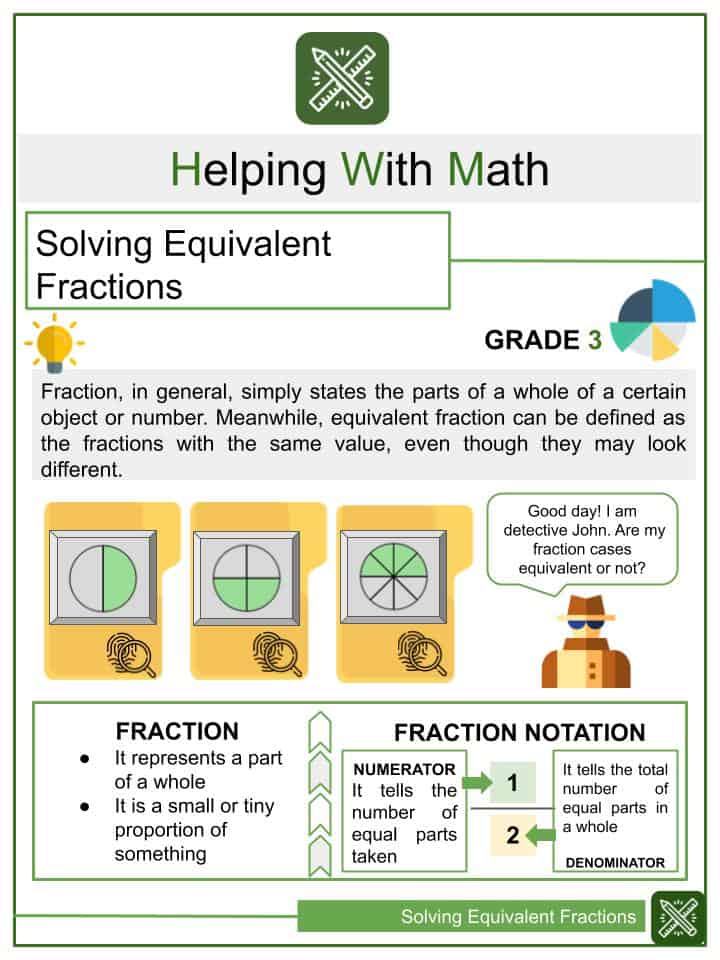 It is important that your child can compare different fractions and determine which is larger, which is smaller, or if they are equal.

Discuss with your children how, with a fraction, when the bottom number (denominator) increases, the fraction gets smaller. Explore this with them using real examples (chocolate bars and pizza are popular!).

In this case there are the same number of different things. In this case the things are thirds and sixths. Ensure your child that understands that thirds are larger than sixths. The rule for comparing here is that the fraction with the smaller denominator is the largest

Here we have a different number of the same thing – there are seven eighths and three eighths. Seven is a larger number than three. The comparison rule here is that the fraction with the greatest numerator is the largest.

This is a more difficult task the two comparisons above. Depending on your child’s level, this maybe a step you skip and then come back to later.

These fractions are compared by changing the denominators to a common number. This can be done by multiplying the top and bottom of the fraction by the same number since this will give a fraction with an equivalent value. Do this as shown below to both fractions to get a common denominator and then compare them.

So, in the example above, now that the denominators are equal, the fraction with the greatest numerator is the largest.

Practice comparing fractions with the worksheets above.