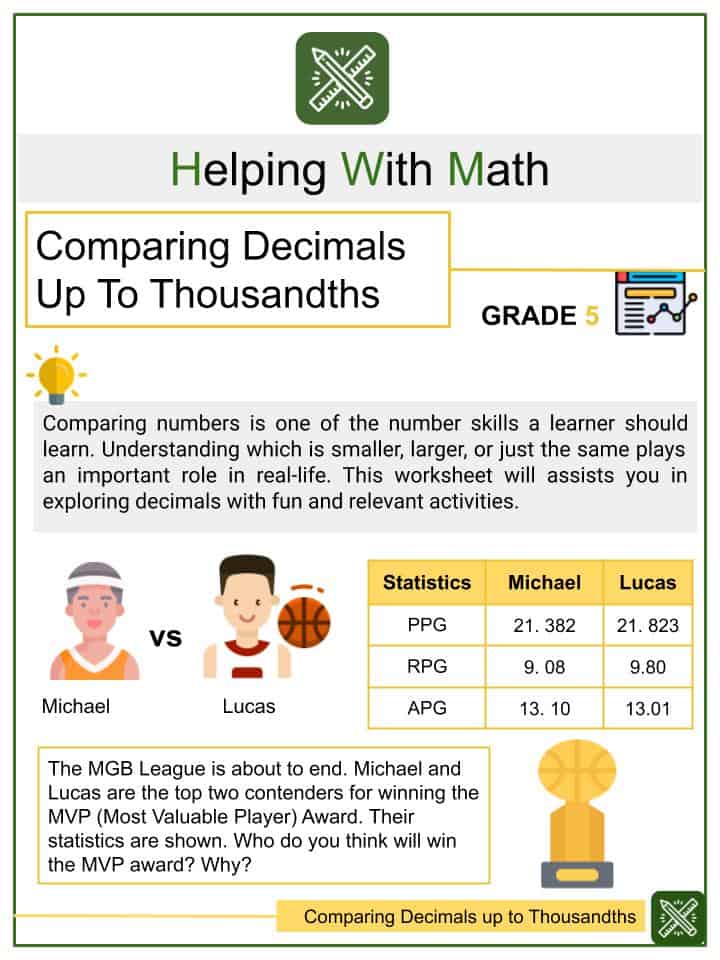 All decimal numbers can be expressed as a fraction. Decimal to fraction conversion is usually a two-step operation.

Converting a decimal to a fraction

Decimals are fractions that have powers of ten as their denominators. Or, to say another way, they have 10, 100, 1000, and so on as the bottom number of the fraction.

The main thing when we convert from decimal to common fractions is to find out what we are dealing with. Is it tenths? Is it hundredths? Or is it thousandths?

The examples below show decimals can be shown as common fractions.

The place value of the number on the right tells whether the common fraction is in tenths, hundredths, thousandths, and so on.

Consider reviewing how place value for tenths, hundredths, and thousandths are used with decimal numbers before working on converting decimal to common fractions.

To simplify a common fraction we find the greatest common factor for the numerator and the denominator and then use it to divide both. The steps below show an example of how to do this:

If necessary, review the concept of equivalent fractions with your child before working on simplifying common fractions.

The worksheets below will help with changing between fractions and decimals.

You can try this decimals and percentages as fractions game for a little educational fun.

Working with the chart and worksheets

Practicing converting between decimals and proper fractions with the worksheets and the Equivalents Chart is a good way for your child to reinforce their understanding of the concept.