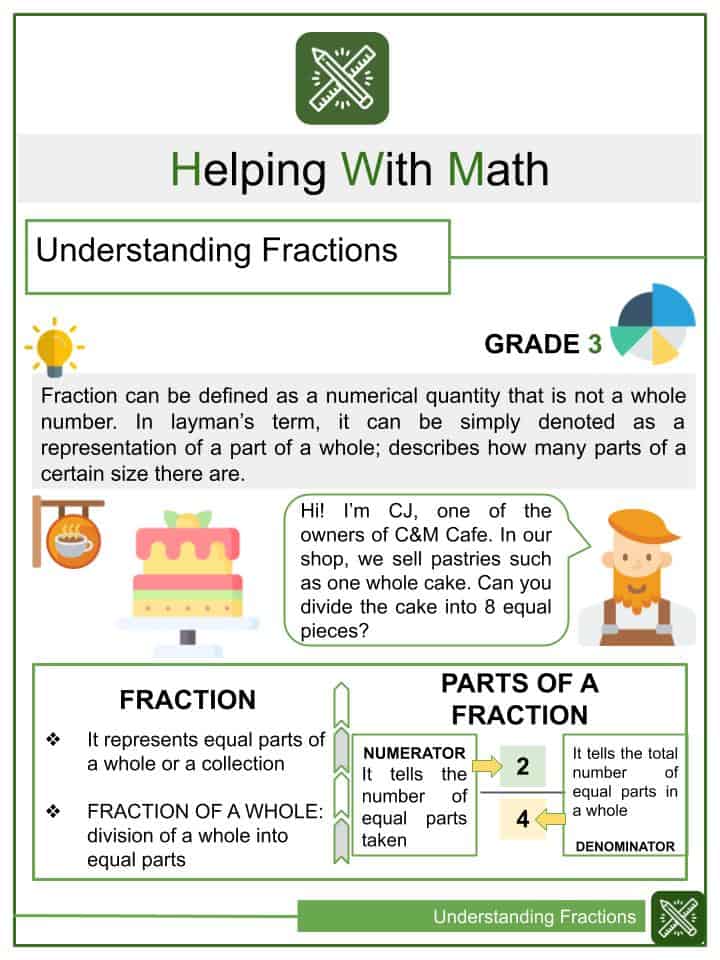 Common fractions are most often written in their simplest form. This is also known as expressing or writing fractions using the lowest terms.

Common fractions can be simplified to their lowest terms by applying the concept of equivalent fractions.

If necessary, review equivalent fractions with your child before working on simplifying common fractions.

Fraction Lesson: How To Simplify Fractions

The above lesson includes audio (so remember to switch on your speakers). Use the play/ pause button if you need to stop and start the lesson.

The methods shown in the above lesson are also illustrated below .

Look at the four fractions below. They are all equivalent to each other.

Note how the numerator and denominator both increase by a factor of 2 each time.

Multiplying or dividing both the numerator and denominator by the same number does not change the amount the fraction represents; it only changes how the fraction is written.

Here is another example of equivalent fractions.

To simplify a common fraction we can find the greatest common factor for the numerator and the denominator and then use it to divide both. The steps below show an example of how to do this:

When simplifying fractions you can use a trial and error method as an alternative to the greatest common factor one that is shown above .

The following examples show how this trial and error method can be used while simplifying fractions.

If we had tried dividing by 4 or even 8 on our first try we would have simplified the fraction sooner. Not to worry though, we got there in the end!

The example below shows a fairly common error made by students when showing fractions in their simplest form.

In fairness to those that make the "error" above, if just asked to "simplify a fraction" then the answer above is not wrong - it is just not as good an answer as the correct one!

Simplifying Fractions Worksheet Generator to get as much practice as you need.

The worksheet below will also provide practice on simplifying fractions..

Here is a very nice and simple explanation of simplifying fractions from Math is Fun.