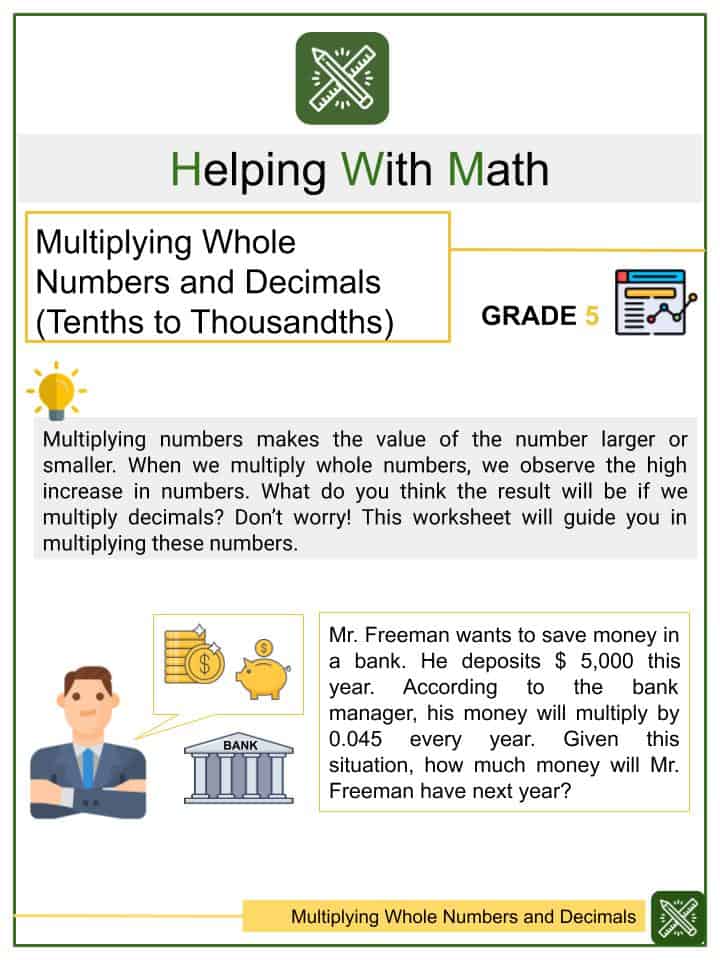 When students are first introduced to the division of decimals numbers they can think of partitioning into equal groups in a similar way to how they have done when dividing whole numbers. In doing this they will apply their understanding of decimal place value and the important role of the decimal point as an extension of whole number place value.

The division examples below use a place value chart with counters to illustrate the process.

Students will already have experienced division with whole number dividends and divisors, and this will most likely have included examples, like the one above, where the quotient would have a remainder. Using decimals instead of a whole number remainder is an important progression. Highlight this difference to your children.

Regrouping different place value units is often a key step in performing multi-digit arithmetic operations although its importance can sometimes lead students to forget that it is not always required as the example above shows.

Encourage your children to estimate the answer when dividing with decimals as a check for the reasonableness of their calculation. Rounding the decimal and doing a quick mental check is one way of doing this.

Dividing by powers of 10

Discuss with your children any patterns in the location of the decimal point and the number of zeros. Do not encourage the thought that the decimal point is moving. Instead stress that the values of the digits are decreasing by the power of 10 and, it is the digits, if anything that are moving. There is more on multiplying and dividing decimals by powers off 10 here.

Download the Multiplying and Dividing Numbers by Power of 10 Worksheets

Looking for the best way to teach students about Multiplying and Dividing Numbers by Power of 10?

This premium worksheet bundle contains 10 activities to challenge your students and help them understand Multiplying and Dividing Numbers by Power of 10. 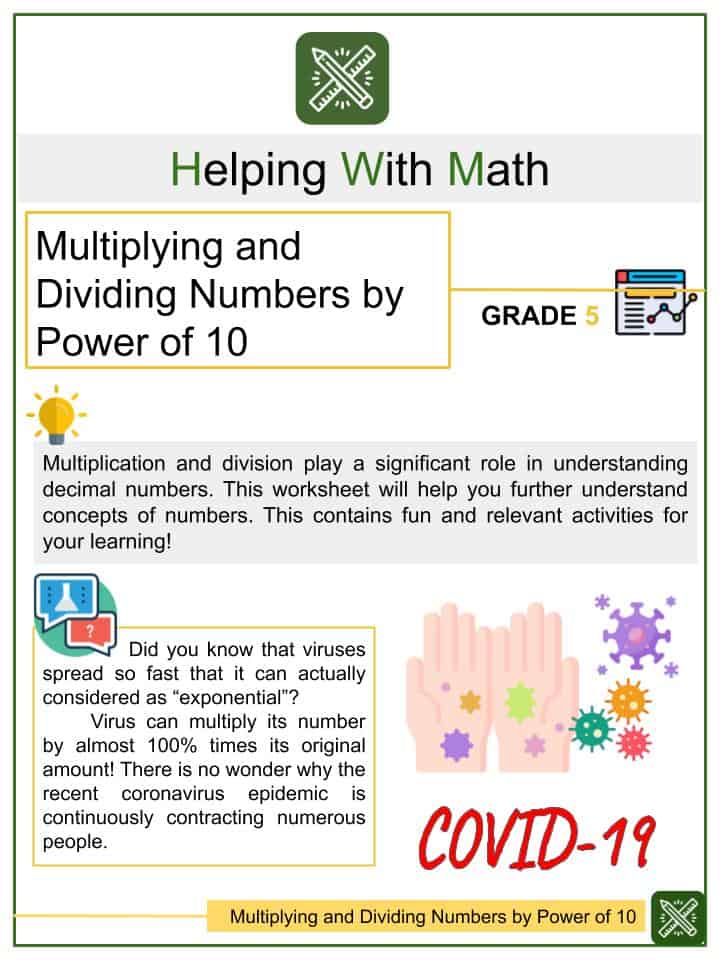 As with multiplying decimals, division of decimals requires care in the placement of the decimal point.

If there is a remainder, keep adding zeros to the right of the dividend and continue to divide.

There is a dividing decimals worksheet generator. It provides an unlimited number of questions with various options to change the type of question.