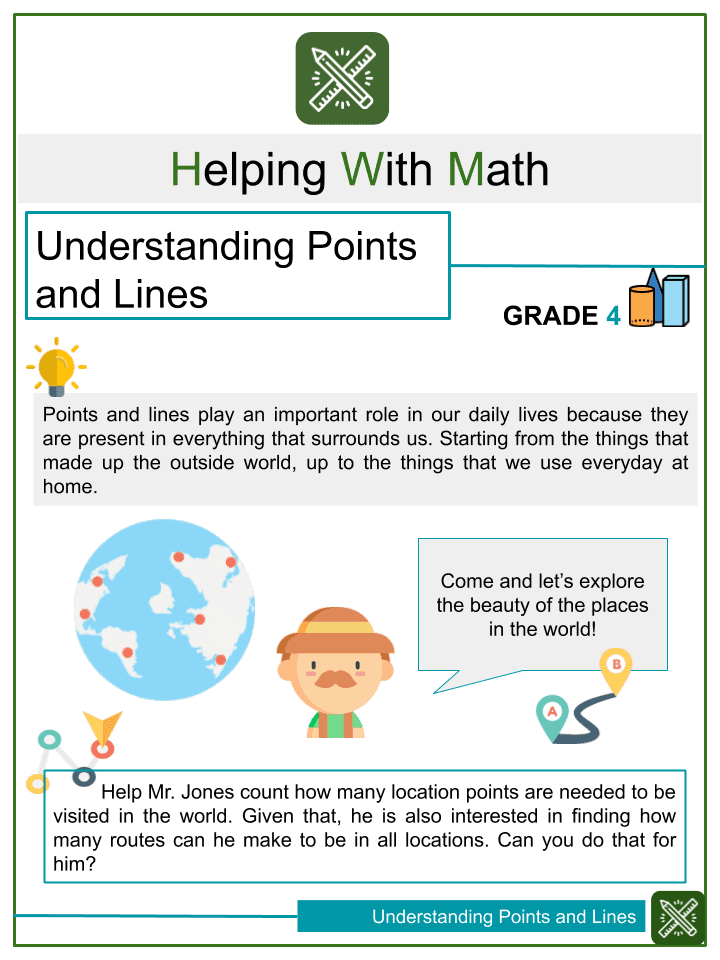 The examples below show how the rate of change in a linear function is represented by the slope of its graph. The formula for calculating slope is explained and illustrated.

If required, you may wish to review this Coordinate Graphing Lesson before working through the examples below that show how the slope of a line represents rate of change.

Formula for the Slope of a Line

The slope of a line is calculated by dividing the rise by the run. The "rise" and the "run" can be found using any two points on the line as shown in the examples below.

Note: The letter "m" is used to represent slope in equations.

Calculating the Slope of a Line

Calculate the slope of the line using the two sets of coordinates.

For the equation of a line, y = mx, the value m represents the slope. The slope (m) of the line that is generated can be given as a positive or negative number which shows its steepness and direction. The four examples below show the slope for different linear functions. These functions are shown in algebraic, tabular, and graphical form.

Slope of a Line : Example 1

The slope of the line below is 3. The value of y increases 3 times as much as does the value of x.

Slope of a Line : Example 2

Slope of a Line : Example 3

The slope of the line below is -1.

Slope of a Line : Example 4

The slope of the line in this example is -2

The graph below shows the speed of a vehicle plotted against time. Look at the different slopes - both the steepness and direction. These represent the rate of change of speed otherwise known as acceleration.

A - B: Starts from stationery position and increases speed up to 50 m.p.h after 10 seconds.

E - F: Slowing down and stopping over 5 seconds.r

Michelle has a bank account she uses for just one thing - paying $50 every month to her favorite charity. The bank account has $800 in it at the beginning of the year.

The slope of the graph below shows the rate of change in the bank balance. The slope is -50 which corresponds to the $50 per month that is coming out of the account.

Final Note: Watch the Scales of the X and Y Axes.

Look at the slope in the example below and compare it to Example 2 above. Which slope is steepest? Which shows the greatest rate of change?

Both graphs show a decline of $50 per month. They both show the same rate of change. It is only the difference in scale of the y-axis that makes Example 2 appear steeper.

Sometimes people wish to emphasize or de-emphasize rates of change (e.g. employment rates, change of price) and they can try to do so by choosing whatever scale they like for the axes of the graphs.