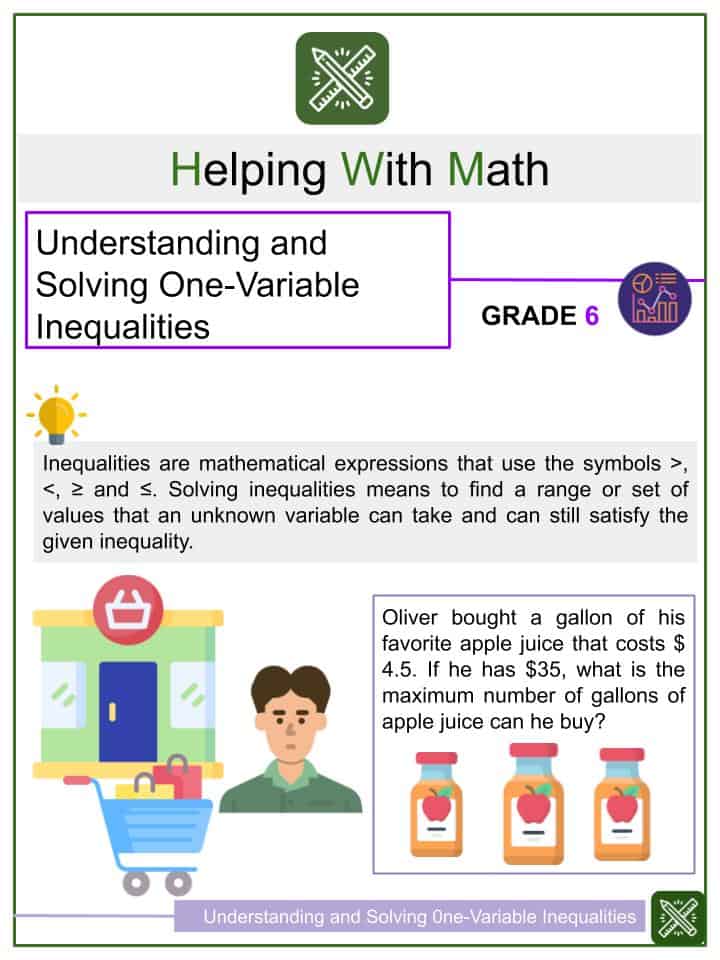 Inequalities involve expressions and/ or numbers that are not equal. They commonly use the symbols below to show that one is greater or lesser than another.

Larger Side Greater, Smaller Side Lesser

A helpful way to remember what each symbol means is to look at the size of each side. As shown below, the value that is on the larger side is greater and the value on the smaller side is less.

Inequalities on a number line

Inequalities can be represented on a number line as shown in the inequalities below:

Note: the open circle above a number means it is not included as part of the solution to the inequality while the solid circle means that it is.
The examples below how inequalities can represent a range of solutions with an upper and lower limit.

The worksheet below allows for practice with showing inequalities on number lines.

The same inequality logic can be used with more complex expressions. The examples below show this

Sam needs at least $500 for his holiday. He has already saved $150. He has 7 months until his holiday. What is the minimum he must save each month?

Try the problems on this inequalities and word problems worksheet for practice.