Looking for the best way to teach students about Multiplying Fractions with Whole Numbers with Word Problems (with denominators from 2 to 6)?

This premium worksheet bundle contains 10 activities to challenge your students and help them understand Multiplying Fractions with Whole Numbers with Word Problems (with denominators from 2 to 6). 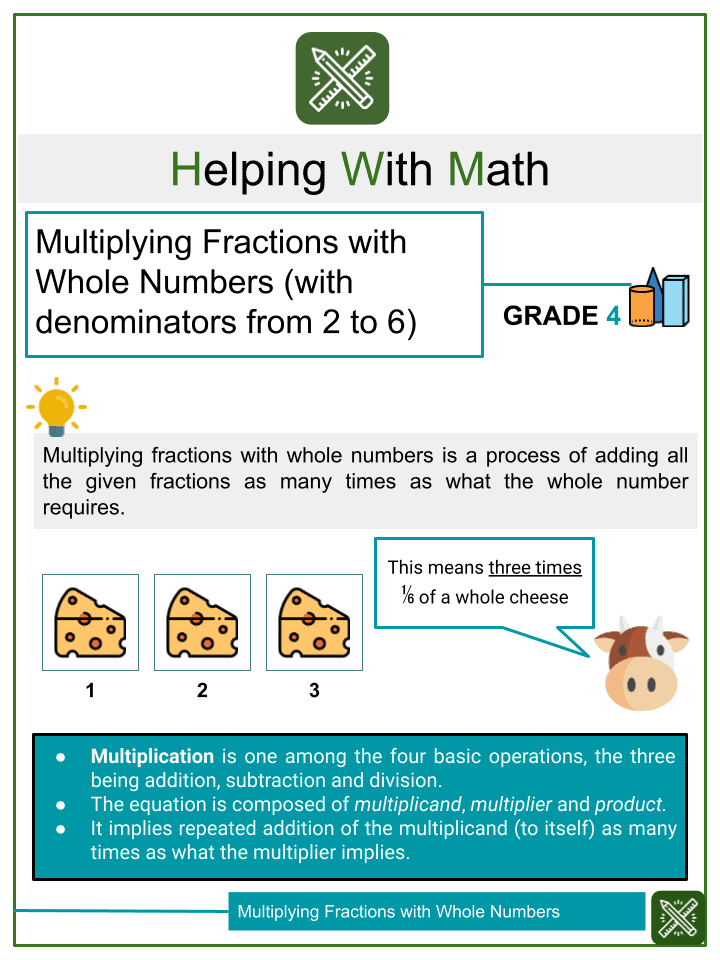 Multiplying fractions with whole numbers is a process of adding all the given fractions as many times as what the whole number requires.

MULTIPLICATION OF FRACTIONS WITH WHOLE NUMBERS
The process of multiplying a fraction and a whole number may be explained similarly with multiplying two fractions. See the example below.

Step 1: Express the whole number as a fraction. Whole numbers have “imaginary” denominator equal to 1.
Step 2: Multiply the parts of the fraction. Multiply the numerators and denominators individually.
Step 3: SImplify if possible. Improper fractions shall always be transformed to mixed numbers for final answer.

One way to check the answer is by adding the fraction as many times as the value of the whole number.

VISUAL MODELS
One way to determine the product of a fraction and a whole number is through visual representation.

TRANSLATING WORD PROBLEMS
When a word problem is given, one can tell that it implies multiplication with the help of clue words. Some of these clue words are listed below.

All these translates to: “½ x 5” or vice versa, if commutative property of multiplication is applied

This is a fantastic bundle which includes everything you need to know about Multiplying Fractions with Whole Numbers with Word Problems (with denominators from 2 to 6) across 15+ in-depth pages. These are ready-to-use Common core aligned Grade 4 Math worksheets. 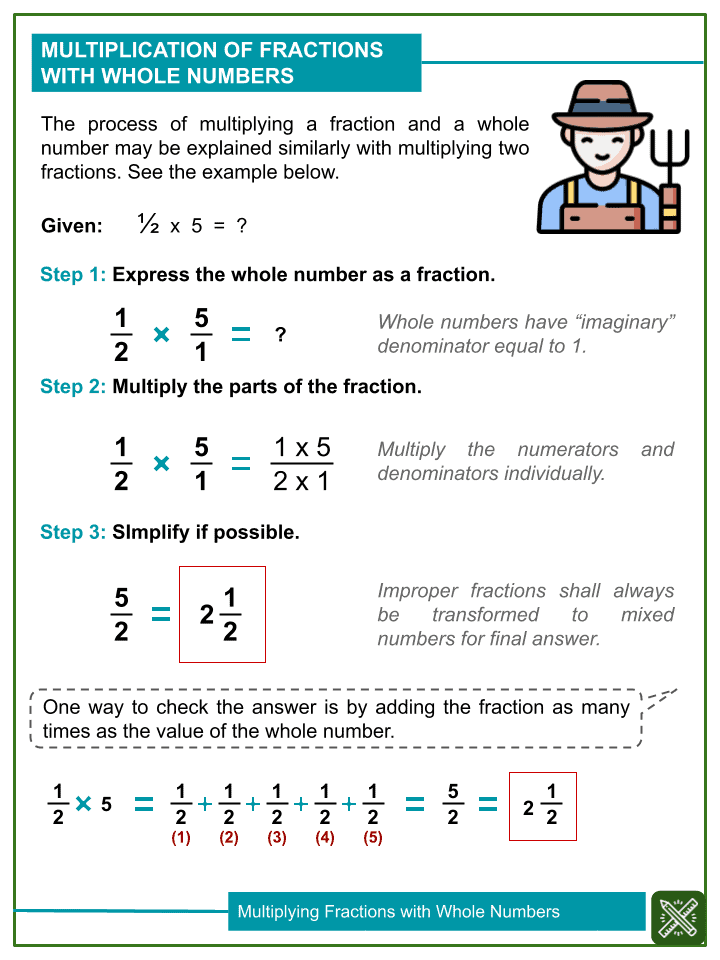 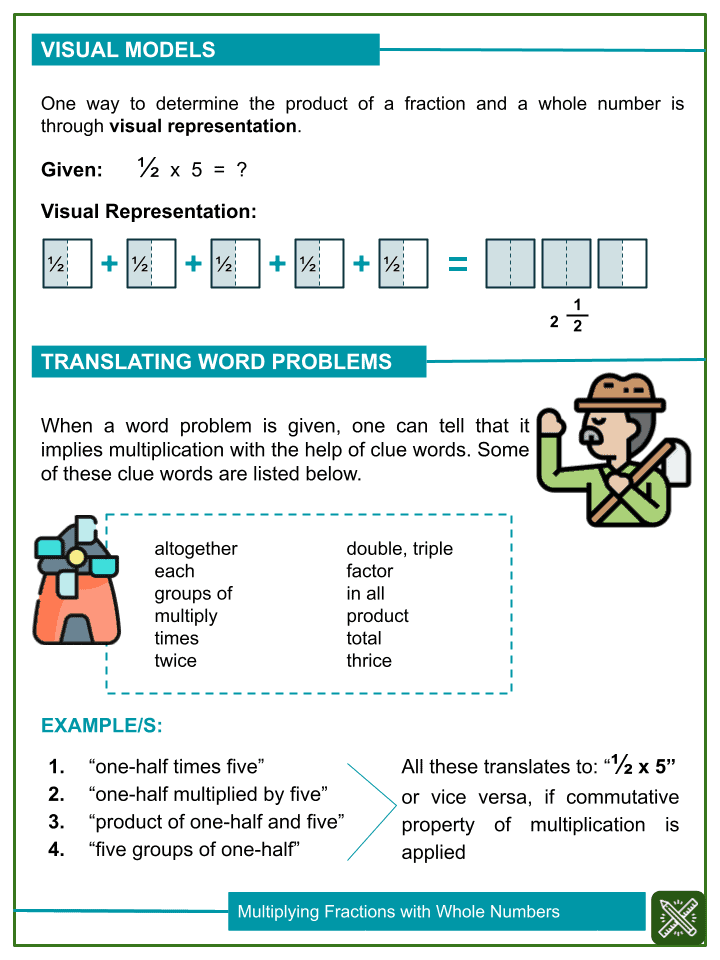 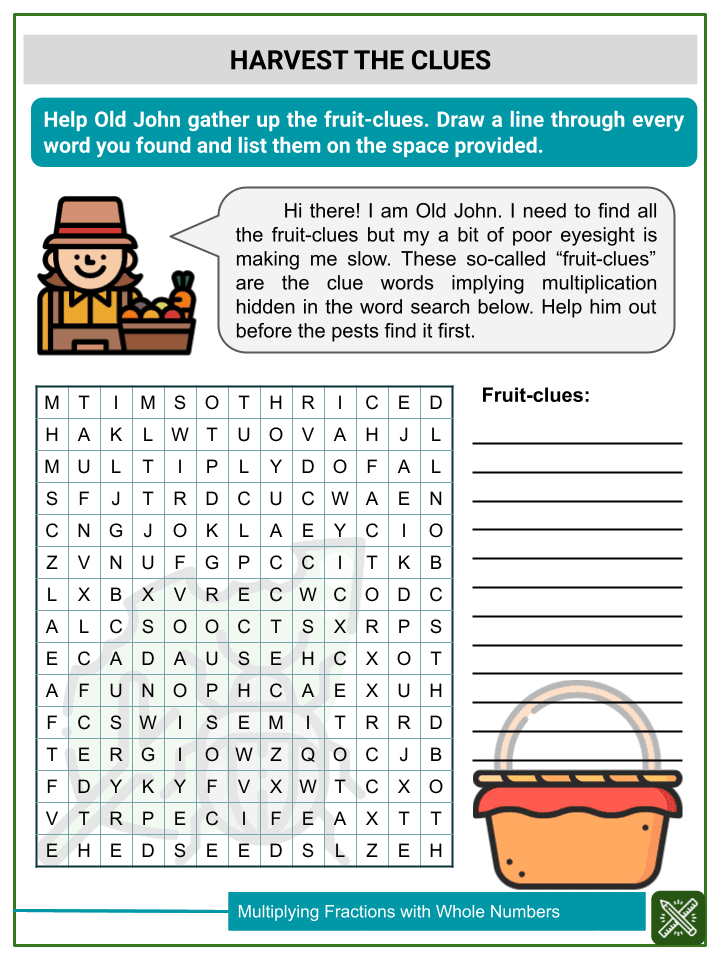