Looking for the best way to teach students about Graphing Proportional Relationships and Identifying Slope of the Line?

This premium worksheet bundle contains 10 activities to challenge your students and help them understand Graphing Proportional Relationships and Identifying Slope of the Line. 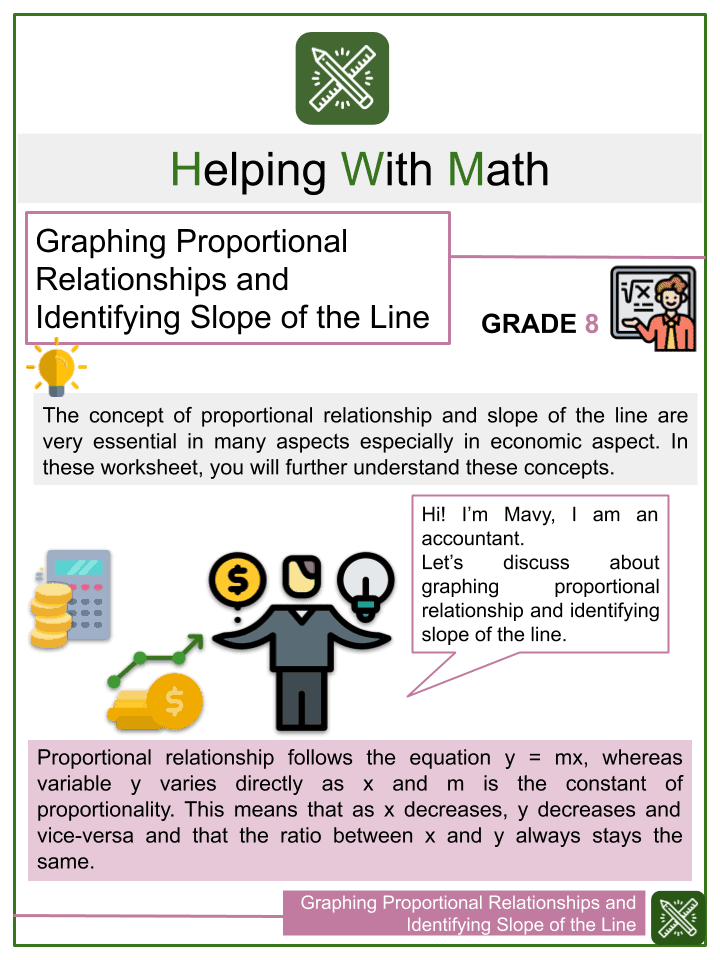 The concept of proportional relationship and slope of the line are very essential in many aspects especially in economic aspect. In these worksheet, you will further understand these concepts.

Proportional relationship follows the equation y = mx, whereas variable y varies directly as x and m is the constant of proportionality. This means that as x decreases, y decreases and vice-versa and that the ratio between x and y always stays the same.

Step1: Given x and y values

When the line does not passed through the origin it means that it is a non-proportional relationship.

As you can see, the points formed a straight line that passes through the origin indicating a proportional relationship.

The constant of proportionality of line (m) is the same as the slope. It can be solved by using the formula y = mx + b. When b = 0 the equation will be y = mx, therefore you can rearrange the formula to m = y / x where y is  rise and x is run.

Step 4 : Solve change in y axis or the rise.

Graphing Proportional Relationships and Identifying Slope of the Line Worksheets

This is a fantastic bundle which includes everything you need to know about Graphing Proportional Relationships and Identifying Slope of the Line across 15+ in-depth pages. These are ready-to-use Common core aligned Grade 8 Math worksheets. 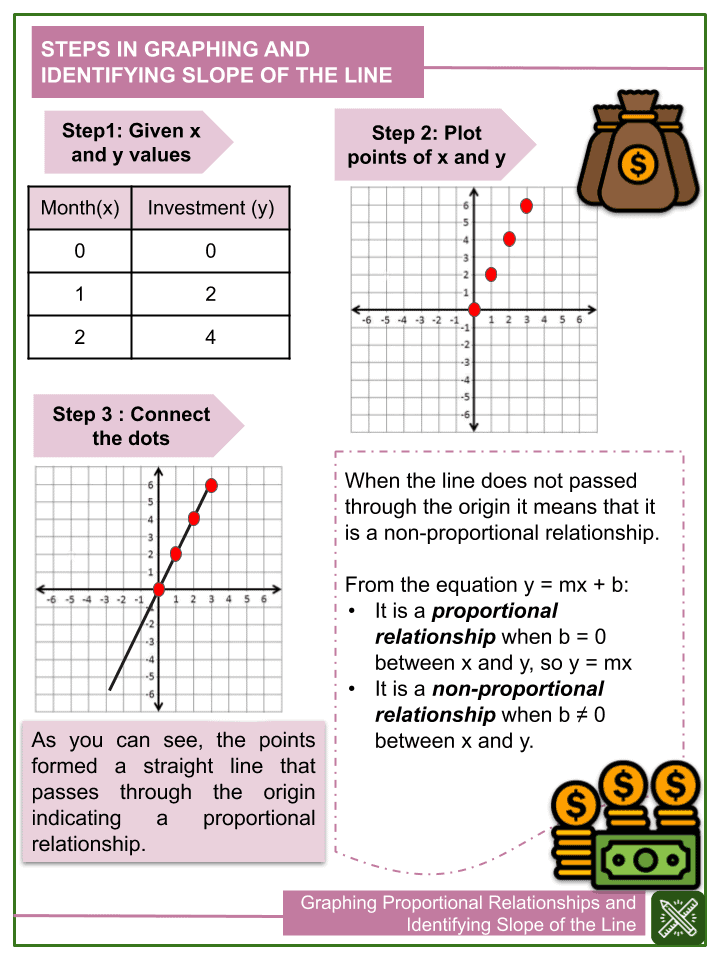 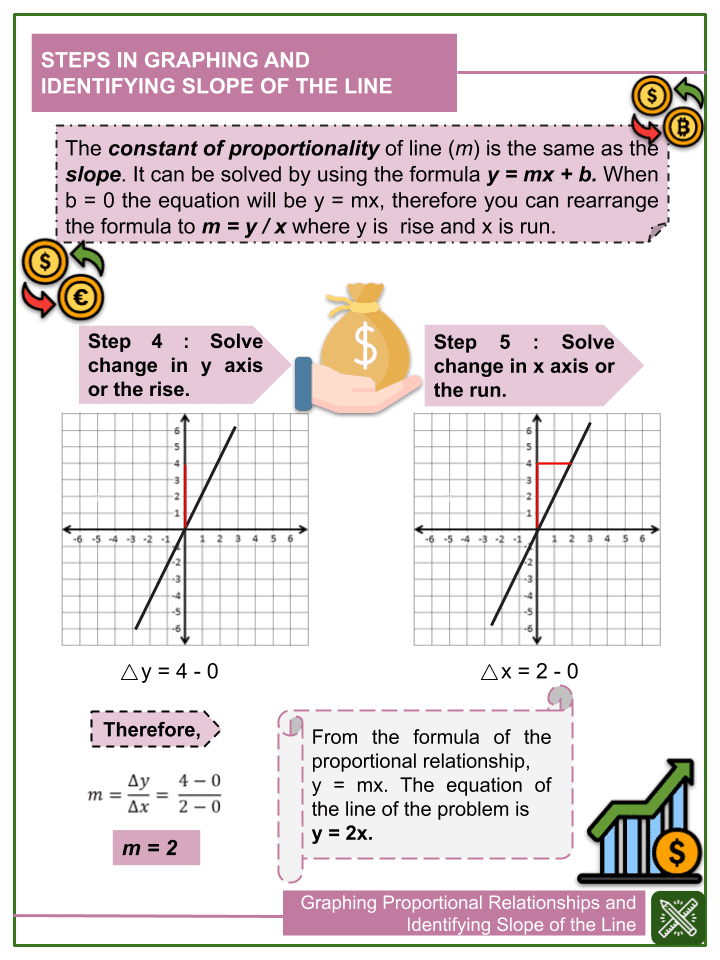 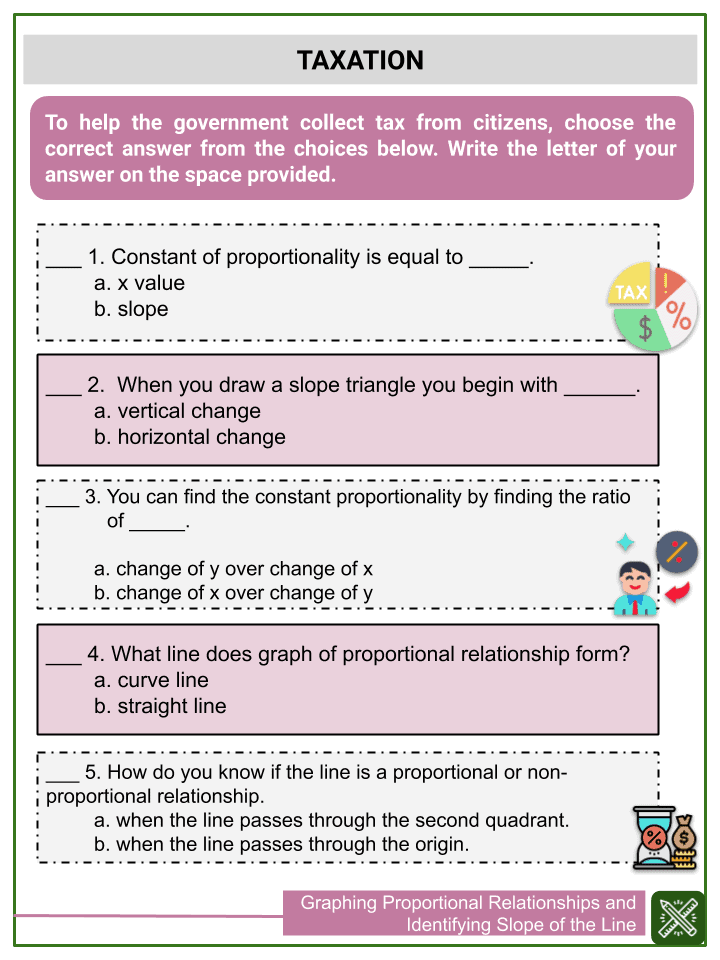