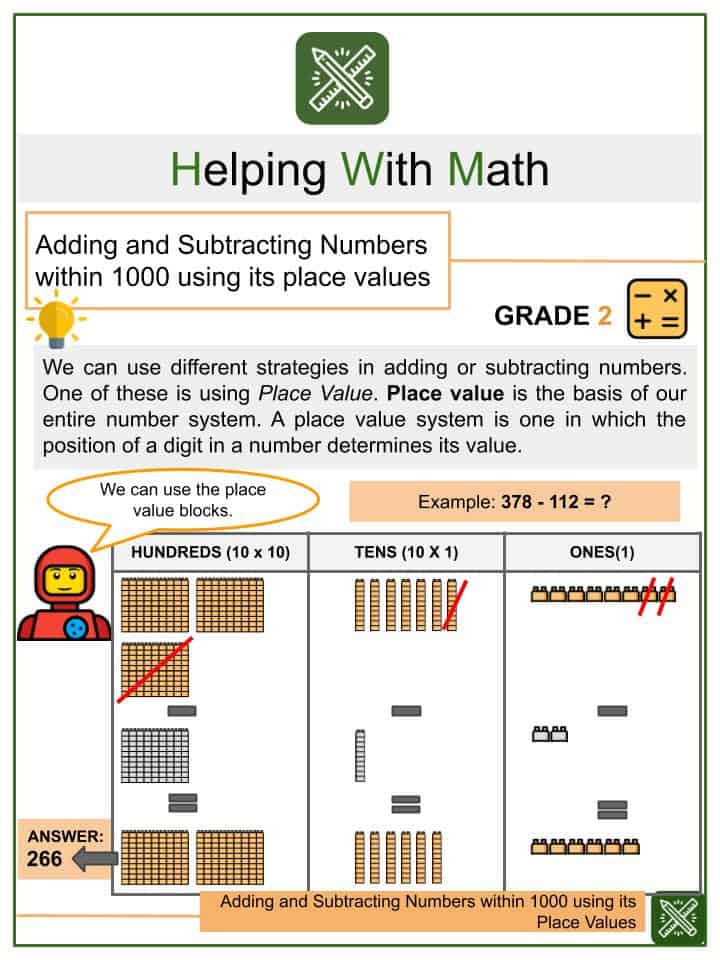 The various resources listed below are aligned to the same standard, (1NBT02) taken from the CCSM (Common Core Standards For Mathematics) as the Place value Worksheet shown above.

Understand that the two digits of a two-digit number represent amounts of tens and ones. Understand the following as special cases:

Similar to the above listing, the resources below are aligned to related standards in the Common Core For Mathematics that together support the following learning outcome: