Looking for the best way to teach students about understanding supplementary, complementary, vertical, and adjacent angles?

This premium worksheet bundle contains 10 activities to challenge your students and help them understand supplementary, complementary, vertical, and adjacent angles. 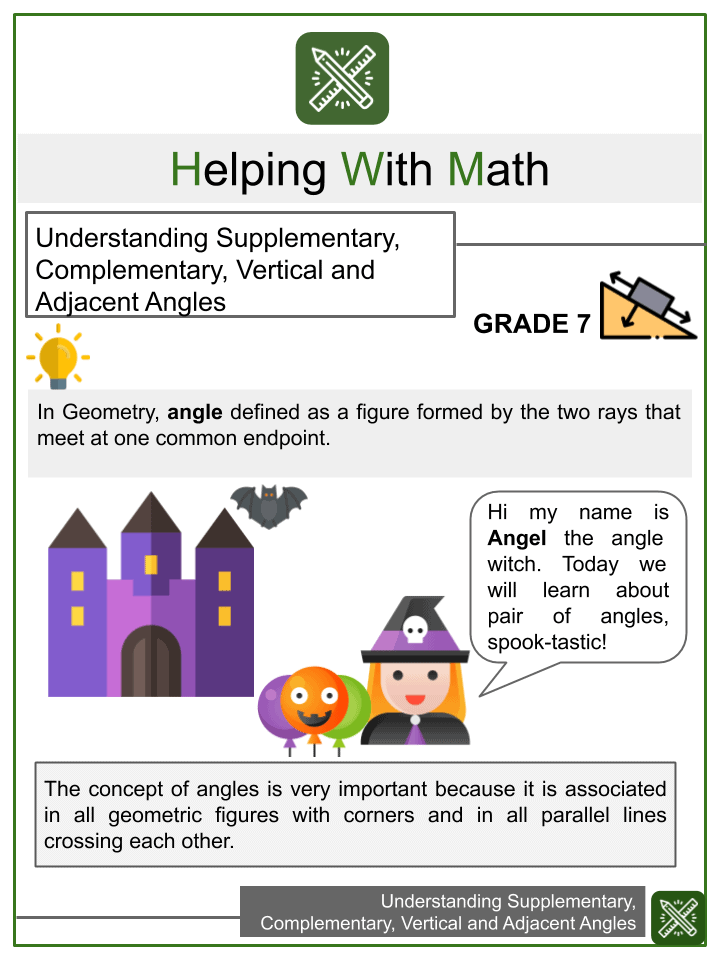 In Geometry, angle defined as a figure formed by the two rays that meet at one common endpoint.

The concept of angles is very important because it is associated in all geometric figures with corners and in all parallel lines crossing each other.

Complementary angles are angles, as the name itself, complement each others. These are angles that form a corner that measures 90 degrees.

Vertical Angles are a pair of nonadjacent angles formed by two lines crossing each other.

Adjacent angles are angles that share the same vertex and lie on the same side but do not overlap.

This is a fantastic bundle which includes everything you need to know about Understanding Supplementary, Complementary, Vertical and Adjacent Angles across 15+ in-depth pages. These are ready-to-use Common core aligned Grade 7 Math worksheets. 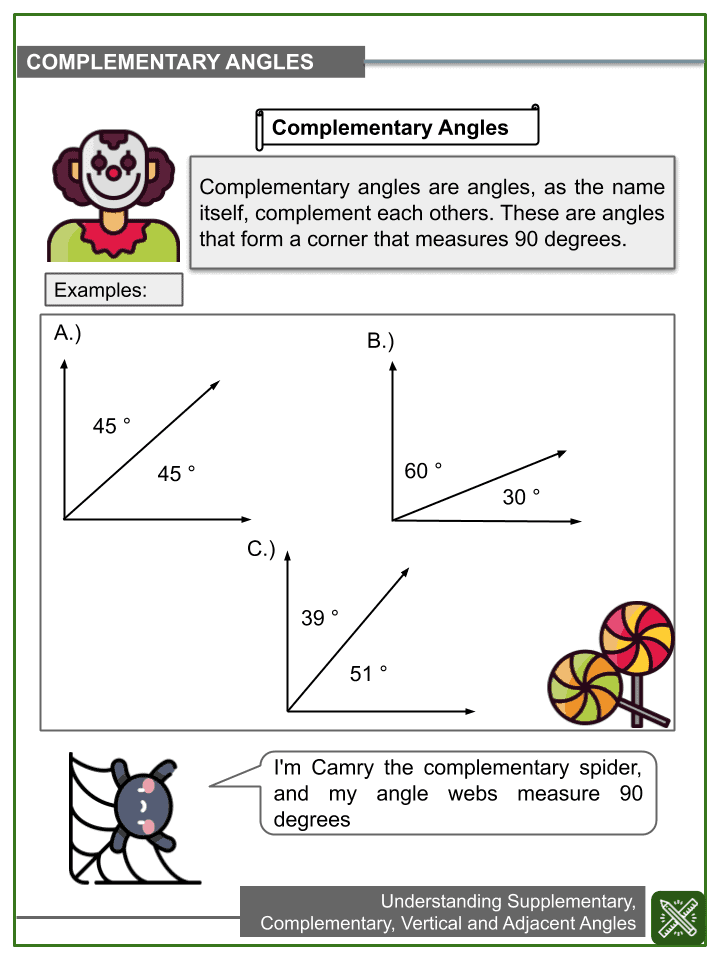 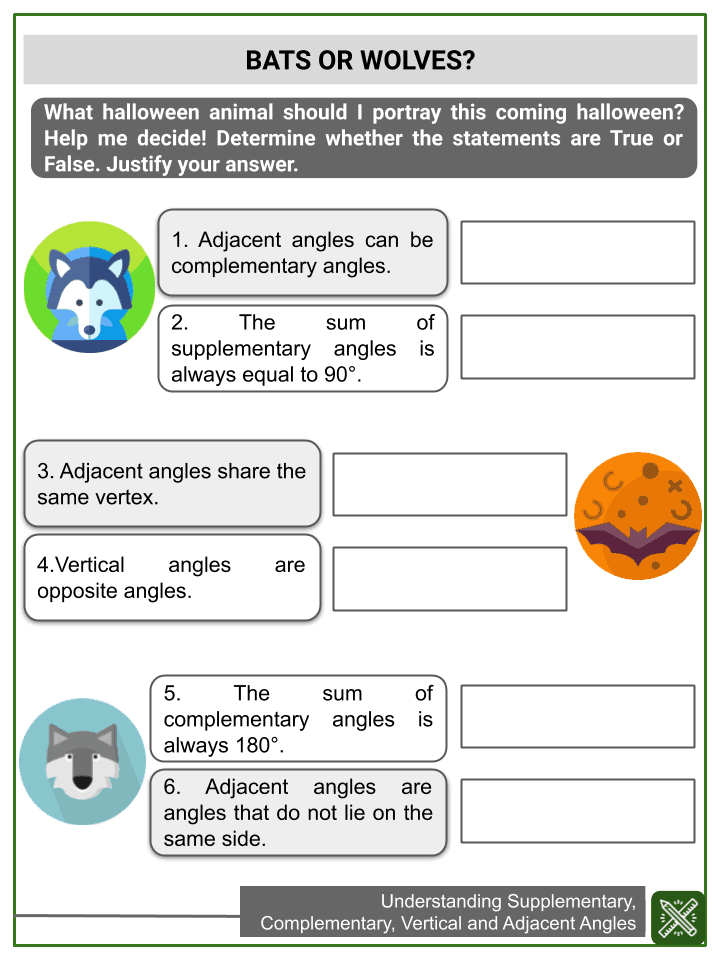