Looking for the best way to teach students about Understanding Basic Statistical Terms and Sampling Techniques? 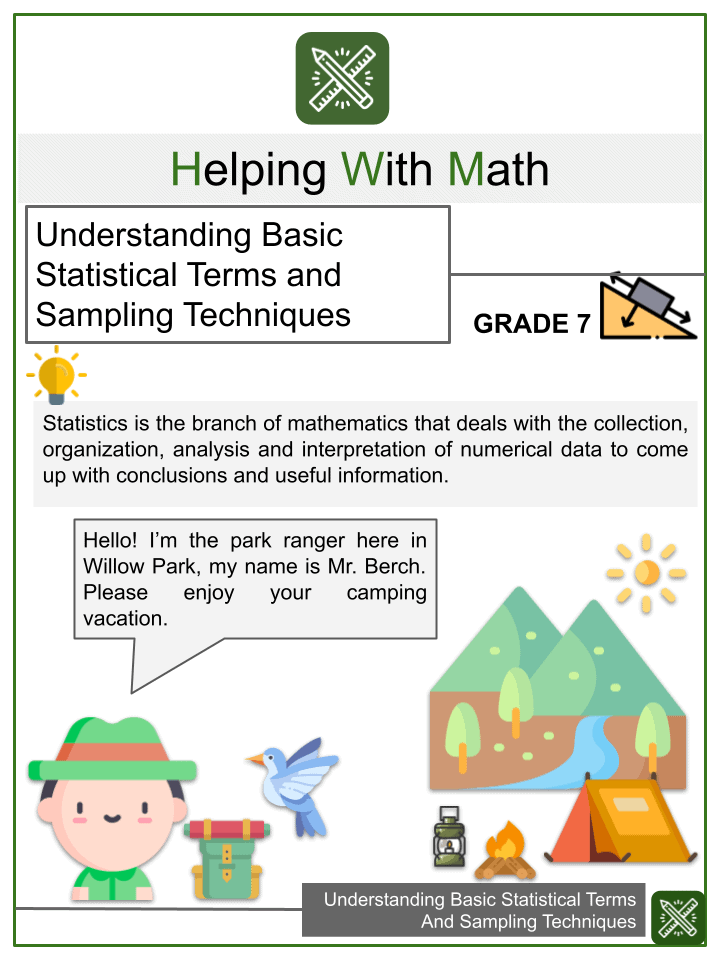 Statistics is the branch of mathematics that deals with the collection, organization, analysis and interpretation of numerical data to come up with conclusions and useful information.

Collection of Data - It refers to the systematic procedure of obtaining information.

Organization of Data - It refers to the process of classifying and categorizing data to make it more organized and easy to use. It also refers to the usage of graph, table and charts which can be of help when drawing conclusions.

Analysis of Data - It refers to the extraction of relevant information from the given data.

Interpretation of Data - It is a statistical method that is used describing the characteristics and features of a given set of data.

The two major areas of statistics are Descriptive and Inferential.

Population - Usually represents by  N. It refers to the totality of all elements or individuals that have something in common. For example, male students, the members of the choir, graduating class.

Sample - Usually denoted by n. Sample is a set of data selected from population by a sampling procedure. It is smaller than population and can be easily managed an studied.

Parameter - It is an important component of statistical analysis. It refers to any numerical attributes or characteristics taken from a population that are used to define population itself.

Statistic - Any estimate of statistical attributes taken from a sample.

Variable - It refers to a specific factor, property or characteristics of a population or a sample which differentiates a sample or group of samples from another group.

Probability Sampling - It is a sampling method that involves random selection. It is a procedure where every element of population is given an equal chance of being selected as a member of the sample.

Non-Probability Sampling - It is a sampling procedure where every element of population is not given an equal chance of being selected as a member of the sample.  The drawing of samples is based purely on the researchers’ objectives.

This is a fantastic bundle which includes everything you need to know about Understanding Basic Statistical Terms and Sampling Techniques across 15+ in-depth pages. These are ready-to-use Common core aligned Grade 7 Math worksheets. 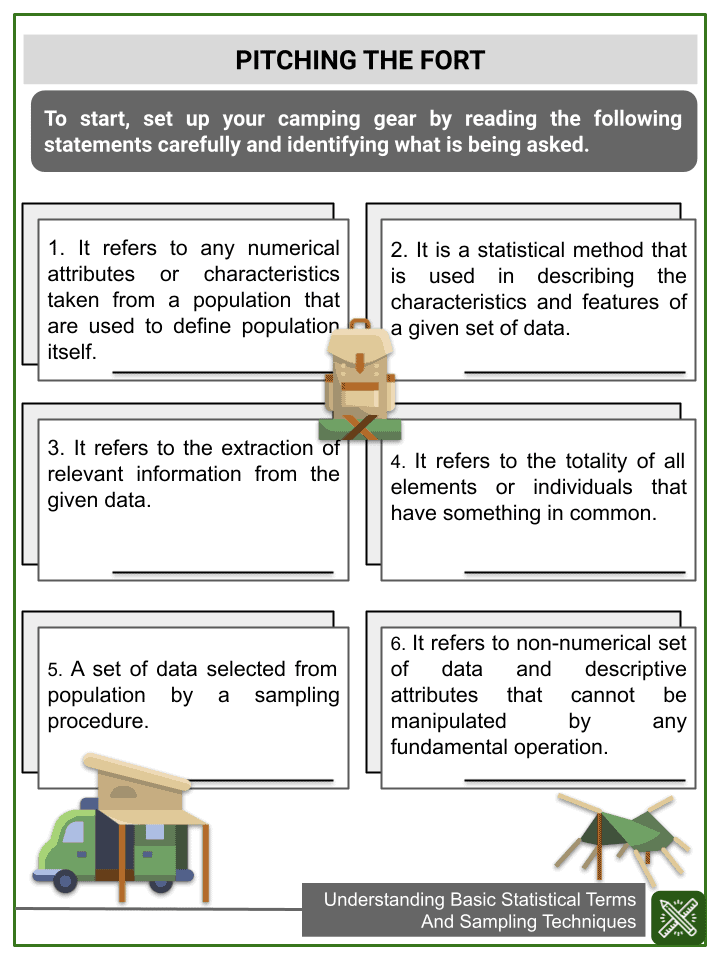