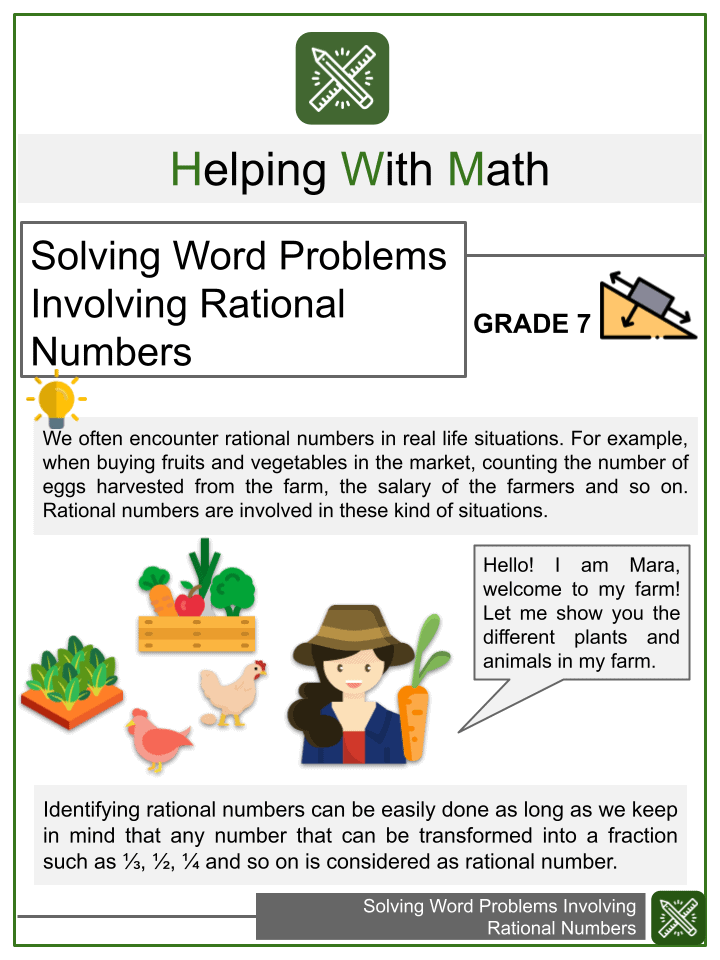 We often encounter rational numbers in real life situations. For example, when buying fruits and vegetables in the market, counting the number of eggs harvested from the farm, the salary of the farmers and so on. Rational numbers are involved in these kind of situations.

Identifying rational numbers can be easily done as long as we keep in mind that any number that can be transformed into a fraction such as ⅓, ½, ¼ and so on is considered as rational number.

A rational number is a number that can be expressed as a fraction. It can also be represented by decimal numbers that are either terminating or repeating.

Mr. Howard bought 89-acre farmland at 20% discount. The original cost of the farmland is $469, 920. How much is the cost per acre at a discounted price?

This is a fantastic bundle which includes everything you need to know about Solving Word Problems Involving Rational Numbers across 15+ in-depth pages. These are ready-to-use Common core aligned Grade 7 Math worksheets. 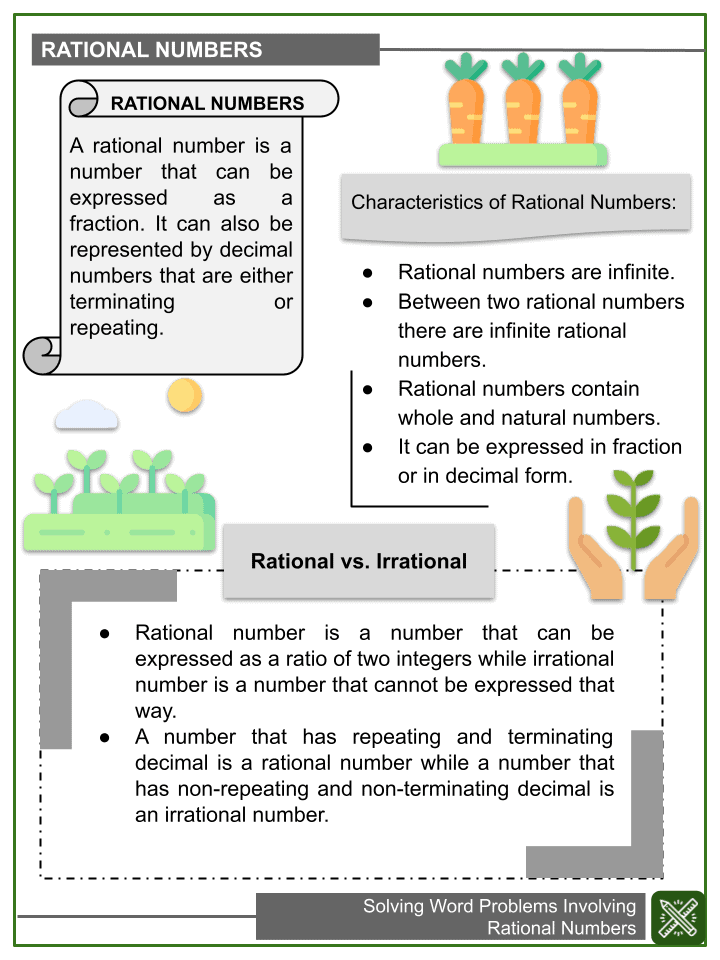 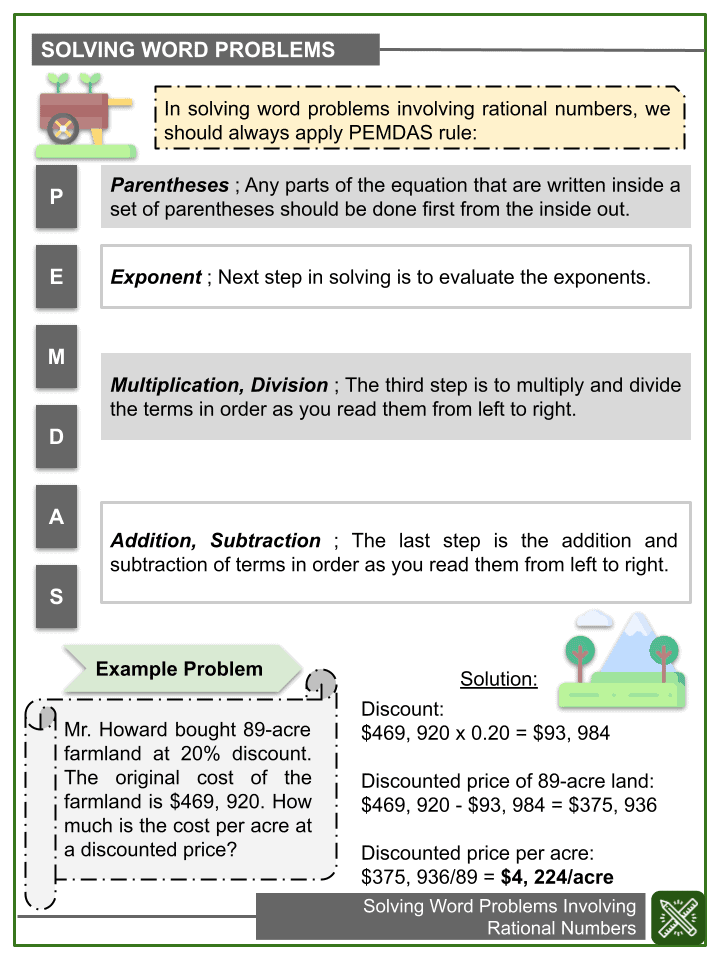 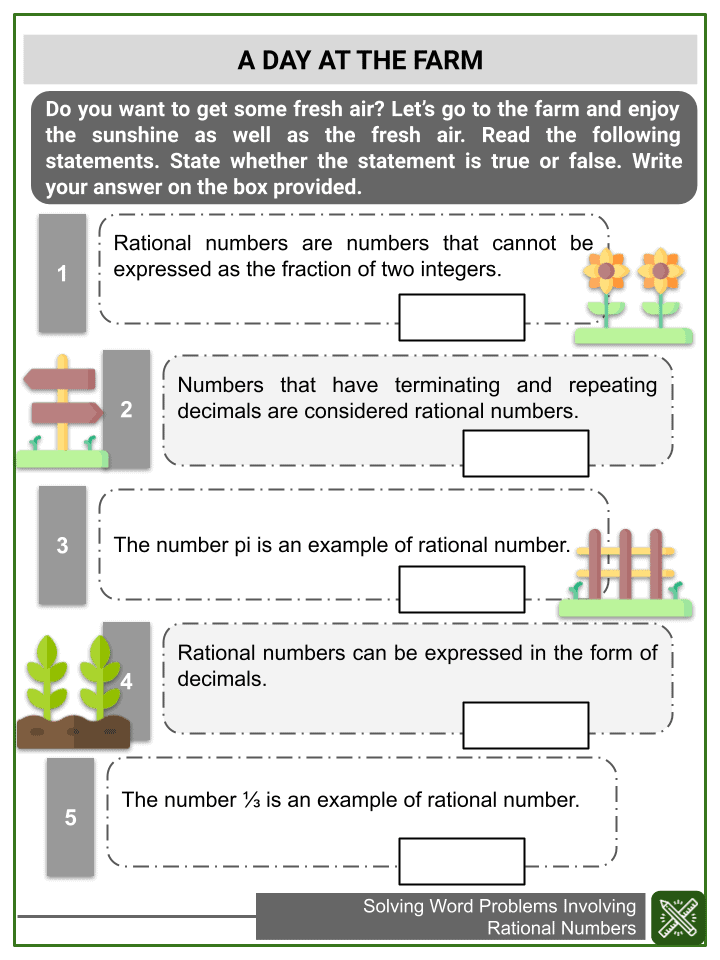