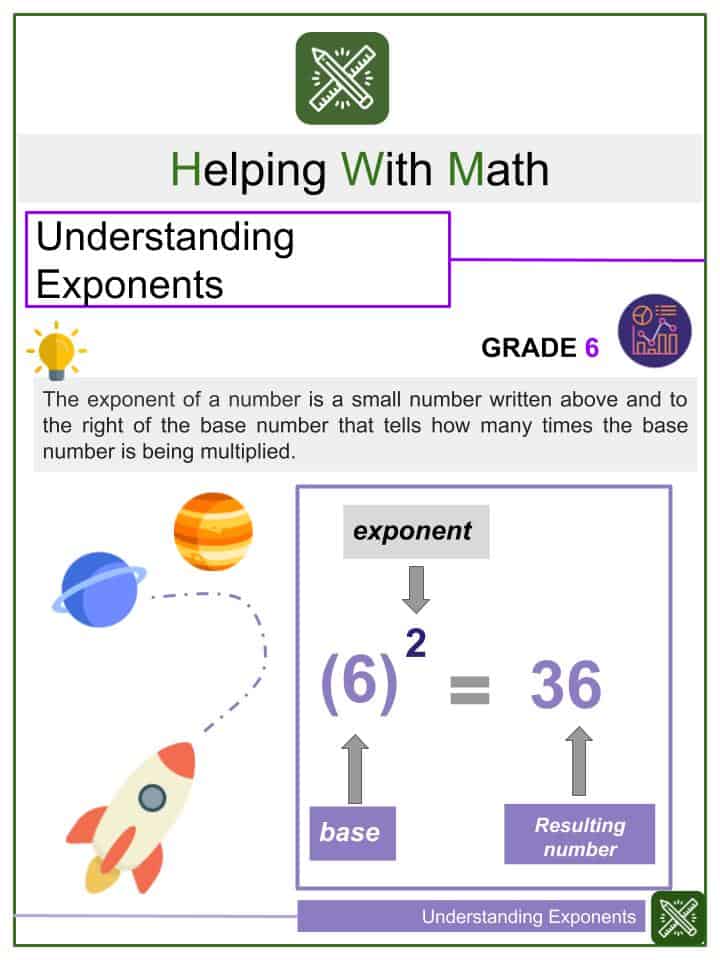 The explanations and examples below on exponent rules follow on from the Power (Exponents and Bases) page which you might want to start with.

The examples on simplifying exponential expressions show when and how the above exponent rules are used.

The product rule for exponents states that when we multiply exponential expressions having the same base, we can add the exponents and keep the base unchanged.

Zero as an exponent

According to the zero exponent rule, any nonzero number raised to the power 0 equals 1.

We can simplify exponential expressions using a suitable combination of the rules and properties above.