Looking for the best way to teach students about Converting Like Measurement Units?

This premium worksheet bundle contains 10 activities to challenge your students and help them understand Converting Like Measurement Units. 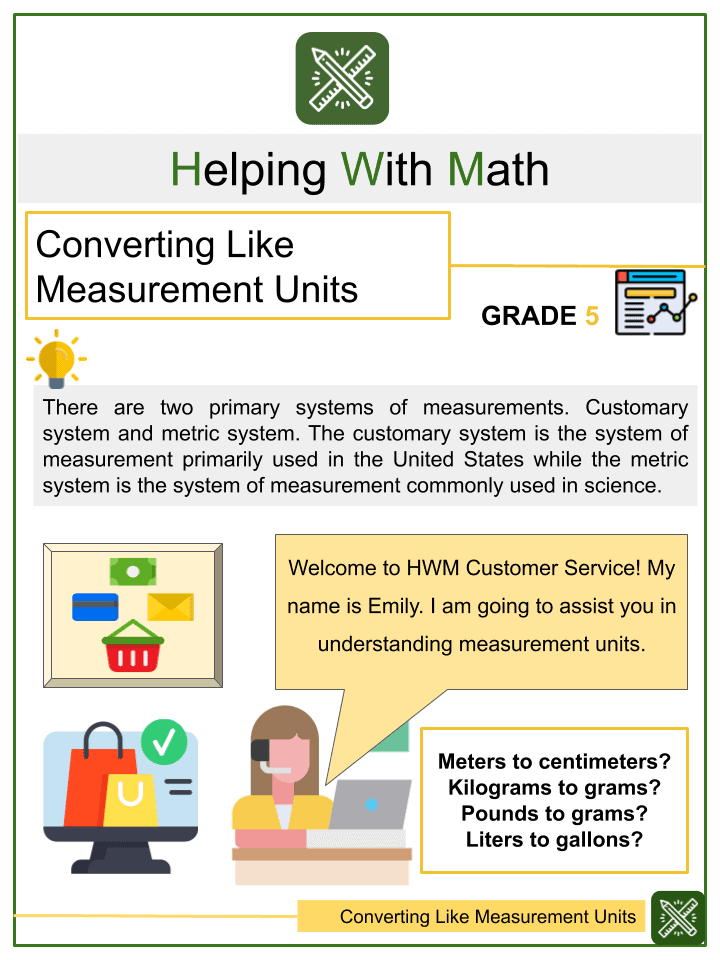 The Customary System of Measurement

The customary system for length and distances are measured in inches, feet, yards and miles.

The Metric System of Measurement

This is a fantastic bundle which includes everything you need to know about Converting Like Measurement Units across 15+ in-depth pages. These are ready-to-use Common core aligned Grade 5 Math worksheets. 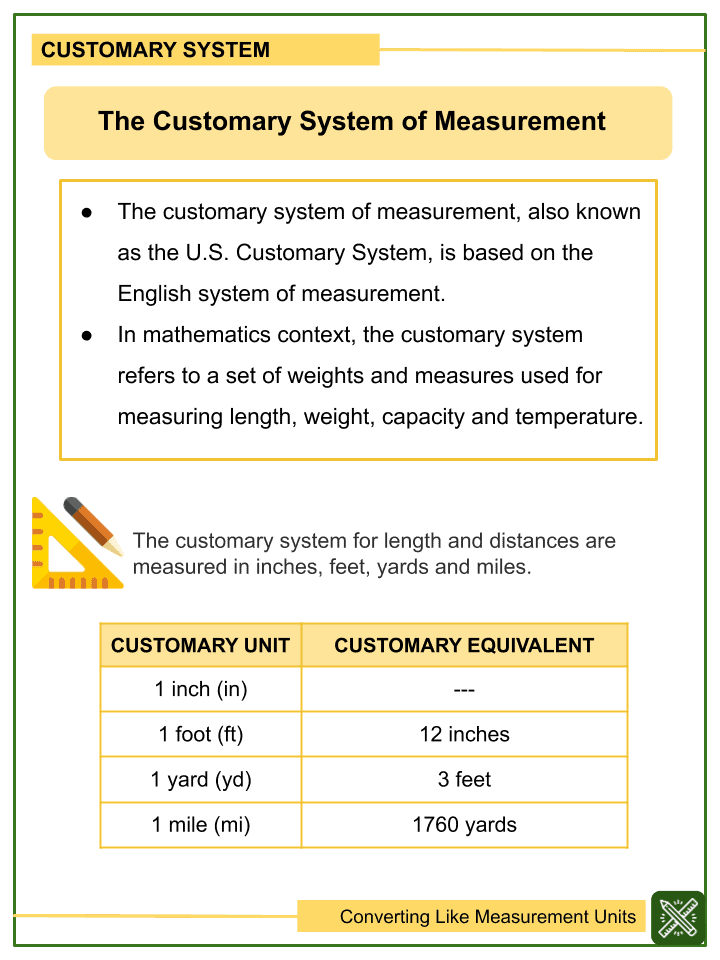 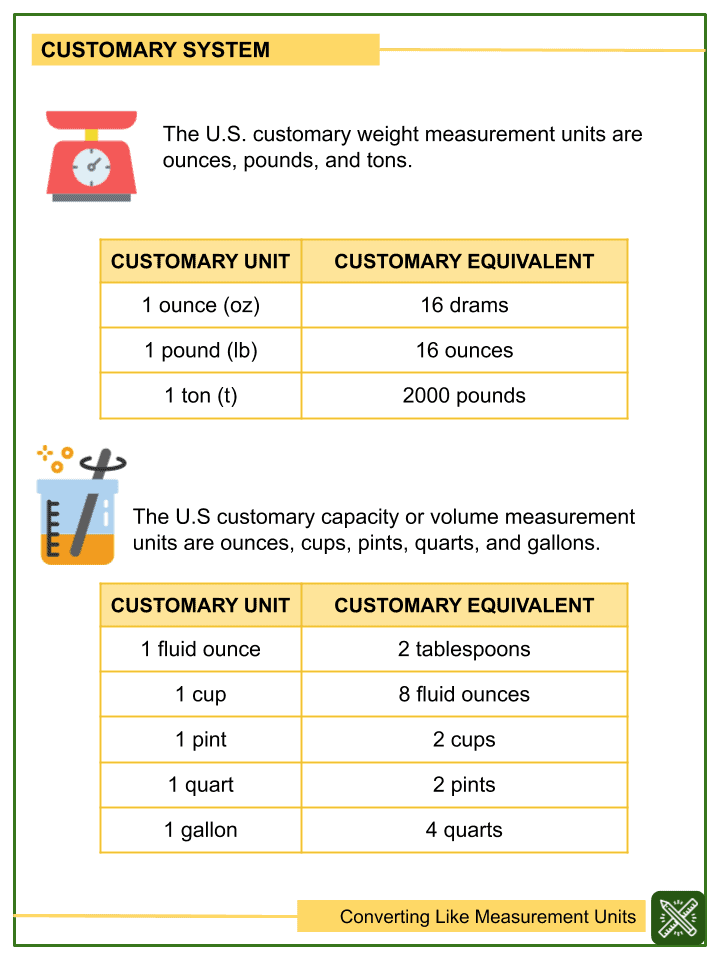 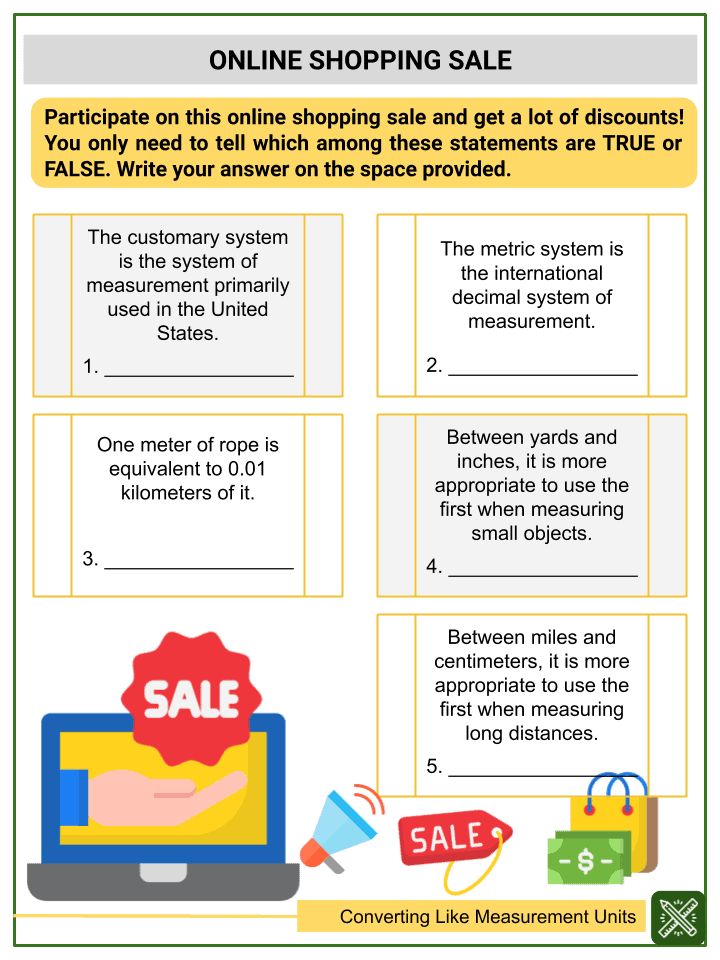