Looking for the best way to teach students about Addition of Functions?

This premium worksheet bundle contains 10 activities to challenge your students and help them understand Addition of Functions. 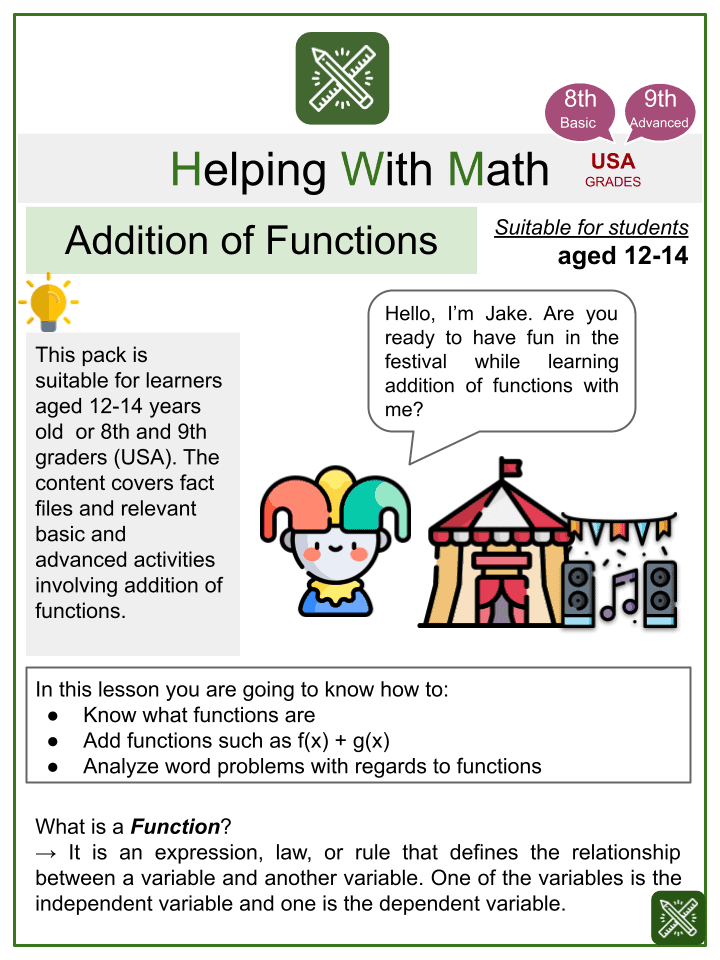 What is a Function?

This is an example of function:

What are independent and dependent variables?

Dependent variable:
It is the variable that represents the value of those that is being added, subtracted, multiplied, or divided. For example, f(x) = x+3(2), g(y) = 32/y.

How do we add functions?

We just add functions like how we add the variables, the constants, and the coefficients. For example, we are asked to add the given functions:
f(x) = 36x + 3, g(x) = 2x+5

We then remove the parentheses, then we arrange them according to their variable.
36x + 2x + 5 + 3

This is a fantastic bundle which includes everything you need to know about Addition of Addition of Functions across 15+ in-depth pages. 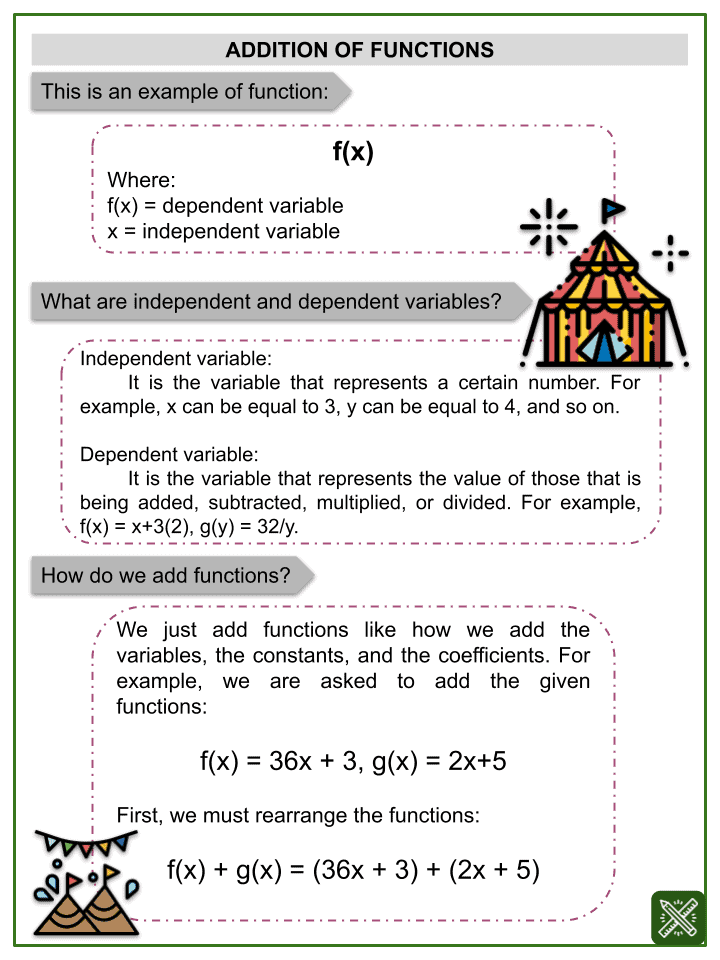 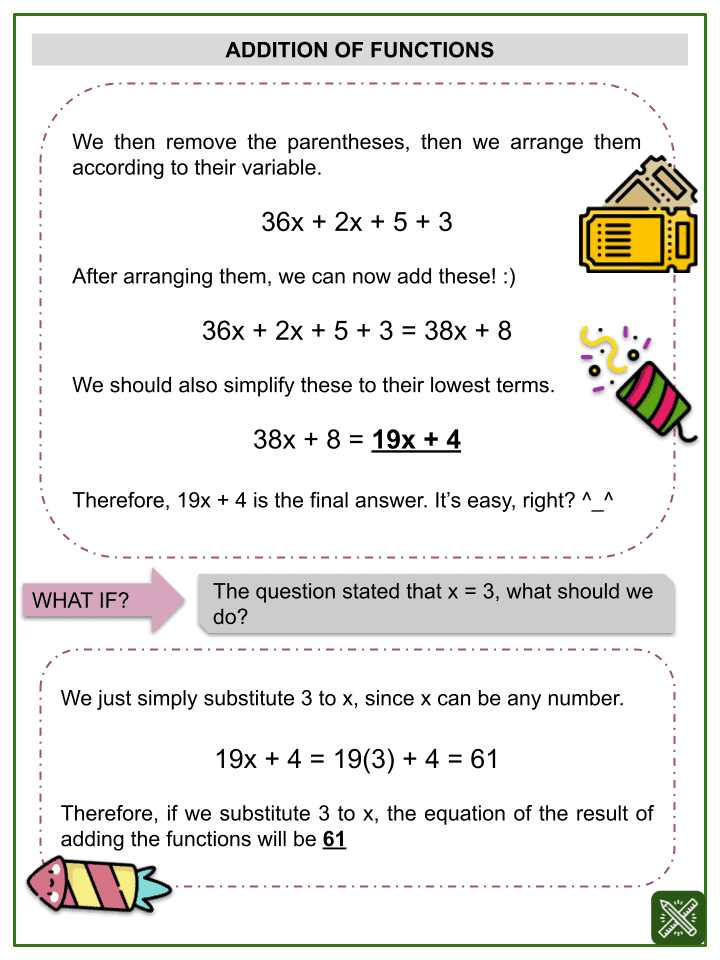 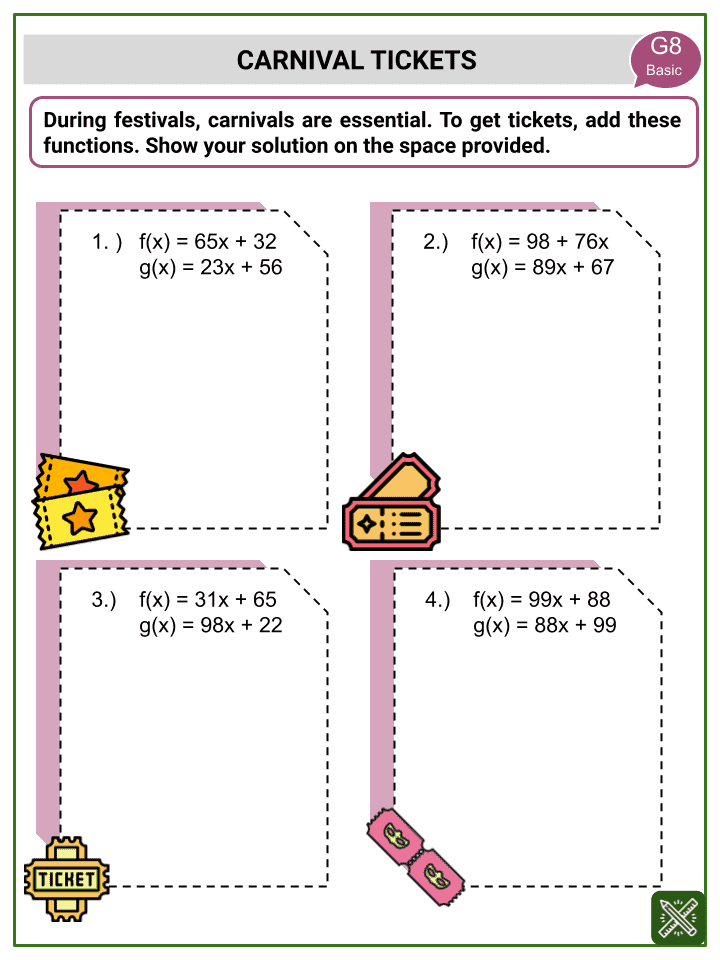