Looking for the best way to teach students about Adding and Subtracting Similar Fractions and Mixed Numbers with Word Problems (with denominators from 2 to 6)?

This premium worksheet bundle contains 10 activities to challenge your students and help them understand Adding and Subtracting Similar Fractions and Mixed Numbers with Word Problems (with denominators from 2 to 6). 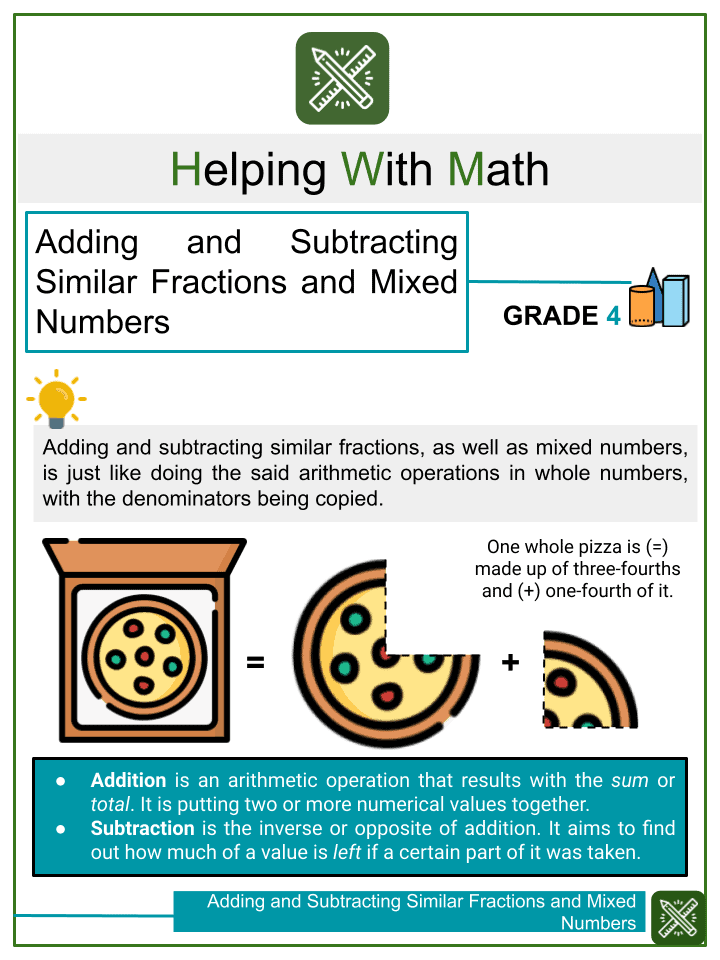 Adding and subtracting similar fractions, as well as mixed numbers, is just like doing the said arithmetic operations in whole numbers, with the denominators being copied.

In adding and subtracting similar fractions, the numerators have to be added or subtracted as how it is done to whole numbers. Then, copy the denominator.

Meanwhile, in adding and subtracting mixed numbers, the following steps shall be followed.

Step 1: The given mixed numbers shall be transformed to improper fractions first.

Multiply the whole number and denominator then add the numerator of the fraction. Copy the denominator.

When used into word problems, the given situation can be translated into numerical equation using some word clues.

ADDITION - all together, add, both, combine, in all, increased by, plus, sum, together, total

SUBTRACTION - decreased by, difference (between), fewer, how many more, less, less than, minus, remain, remove, spend, subtract, take away

This is a fantastic bundle which includes everything you need to know about Adding and Subtracting Similar Fractions and Mixed Numbers with Word Problems (with denominators from 2 to 6) across 15+ in-depth pages. These are ready-to-use Common core aligned Grade 4 Math worksheets. 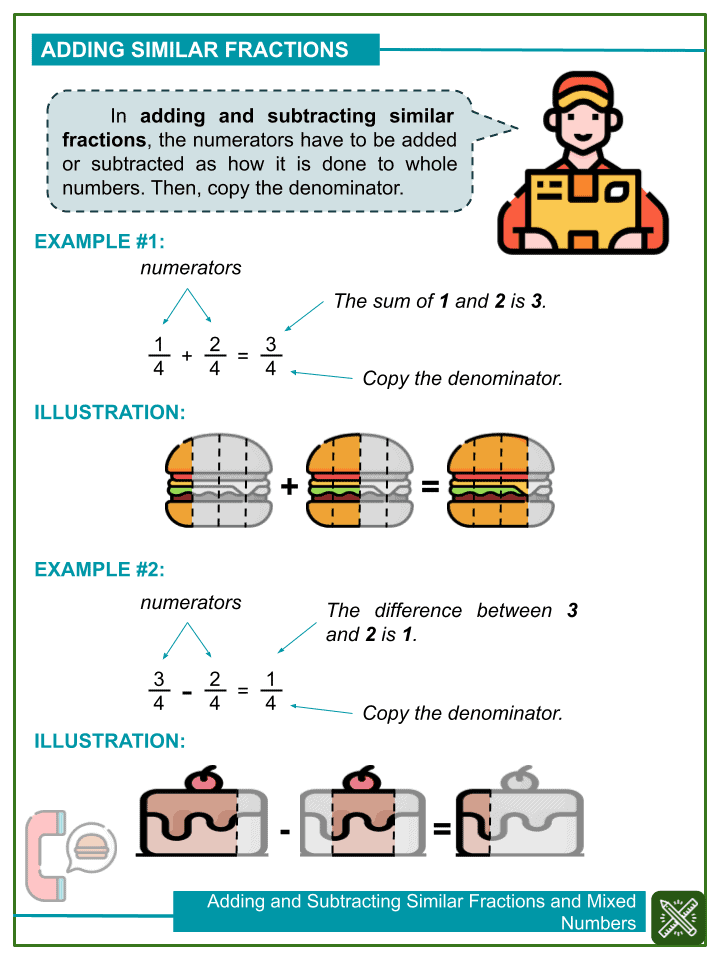 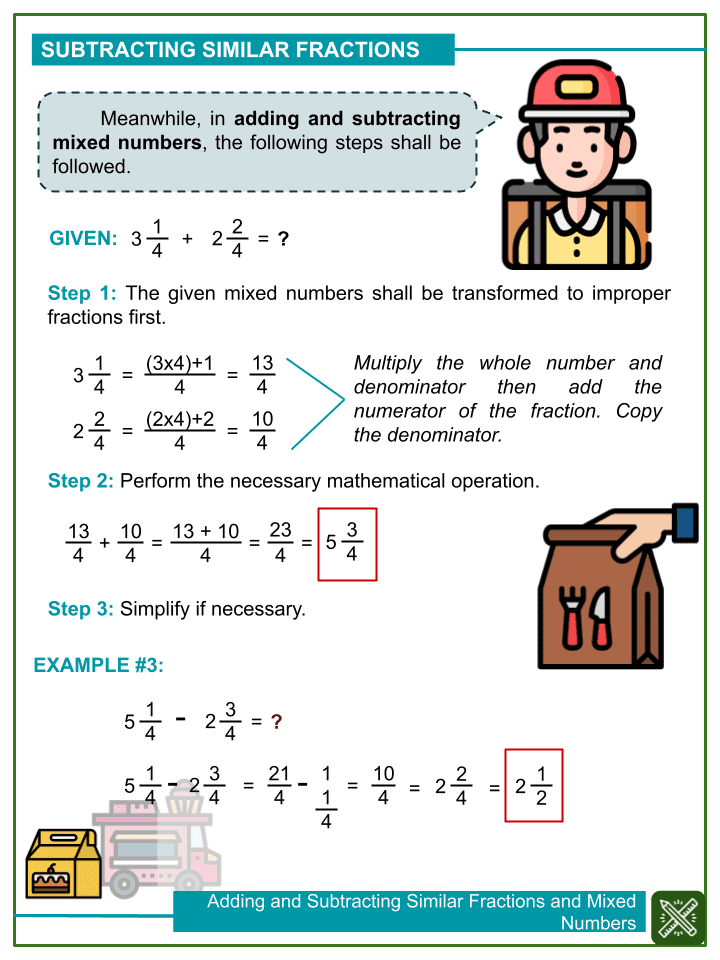 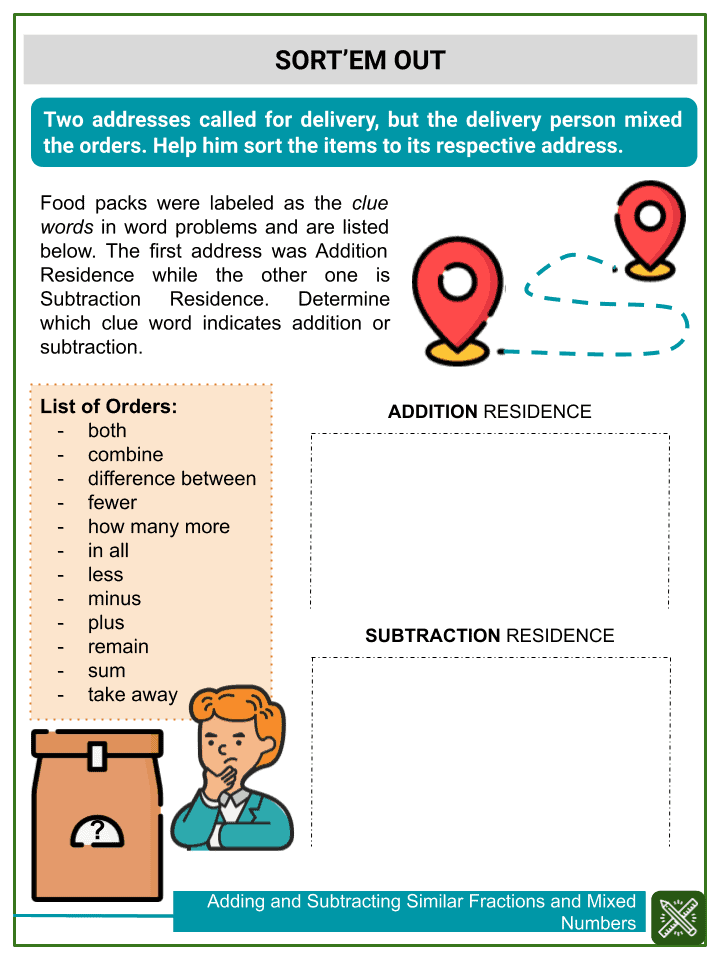